Launched in 2011, the Stanley CAP was submitted to an independent evaluation by the Social Futures Institute at Teeside University, who stated that for a project in the early stages of its development the overall finding was unequivocally positive.

The independent evaluation stated that:

"CAP is showing early and encouraging signs of success regarding the primary measurable objective of harm-reduction. A number of interconnected factors uncovered by the evaluative research indicate a substantial enhancement of community engagement and guardianship. This initial cultural shift is, in turn, having a palpable impact on the everyday behaviour of young people who frequent locations outside the home where alcohol misuse is known to be likely to occur." 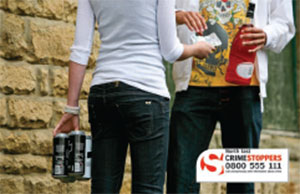 Some key findings from the independent report were:

I welcome the reduction in alcohol related youth anti-social behaviour. The CAP model has promoted effective and innovative partnership work between enforcement agencies, businesses and local community groups and has clearly played an important part in this. I would encourage every area with evidence of alcohol related youth crime to give serious consideration to setting up a CAP to reduce crime and build safer neighbourhoods.