Mid Devon CAP is an "excellent example of communities and businesses working together to produce improvements to the area". An interim report published by Mid Devon Council found a significant drop in the number of test purchase failures from 34% to 14% for off-sales and 48% to 13% in pubs & clubs.

In February 2010, Devon County Council Trading Standards Service proposed a pilot project for Tiverton, Crediton and Collumpton. These areas were selected based on a range of factors including data on young people’s use of alcohol, anti social behaviour, concerns about usage of fake or fraudulent identification and problems relating to underage sales.

The partnership’s key objectives were to: 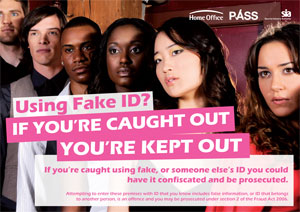 The CAP used partner resources where possible, including the community survey which was commissioned through the Consultation Department of Mid Devon District Council. Resources were committed to the pilot for one year minimum, to enable an effective estimate of benefits to be recorded. It was stipulated that there was to be no significant increase in enforcement costs.

A non-punitive test purchase program was undertaken to establish a benchmark. Failing premises were followed up by Trading Standards/Licensing Officers where they received support and guidance to enable their staff to refuse the sale of alcohol with confidence. Each licensee received a copy of the Trading Standards CD Rom “No Proof of Age, No Sale”.  A survey was also used to record their views on the issue of preventing underage sales.

The partnership developed a training programme for all Mid Devon licensees, focused on understanding the law and adopting practical strategies for avoiding illegal sales. The training also promoted acceptance of only three forms of proof of age. Driving Licence, Passport or PASS approved card. The project trained 170 Mid Devon licensees and their staff, including those selling alcohol from village halls, pubs, clubs, shops and supermarkets. Use of the “No Proof of Age, No Sale”, Toolkit was also a key component of this process. The retailer training, has developed a firm and effective working partnership between agencies and local businesses, producing benefits which include increased levels of local intelligence.

Under the CAP, an ID “bailment” pilot scheme, was introduced in the Tiverton area specifically to address an area of concern for the local retail trade and door staff - the use of fake or “borrowed” forms of identification.   As part of the scheme, door staff, presented with proof of age they felt was not genuine, could retain it, provide the holder with a receipt and then pass it to the police. The owner was then required to visit the police station to retrieve the document, during which time it can be checked and verified. Twenty nine suspect IDs were seized by door staff in Mid Devon under this scheme, including one stolen Passport. So far none have been reclaimed from the Police.

Mid Devon Council has published a report highlighting the scheme as an excellent example of communities and businesses working together to produce improvements to the area. The work undertaken has resulted in a significant drop in the number of test purchase failures from 34% to 14% Off Sales and 48% to 13% in Pubs & Clubs.