Following publication of the St Neots CAP results, Kent County Council supported by the Chief Constable approached RASG to develop a county-wide scheme across Kent. Funding was provided by the County Council and included sufficient resources to cover the cost of an independent evaluation by Kent University as well as youth outreach and diversionary activities. The evaluation showed significant reductions in crime and anti social behaviour as a result of the CAP.

Three pilot areas were agreed on by the partnership. These areas were chosen because they were considered to offer a range of settings on which to pilot KCAP: 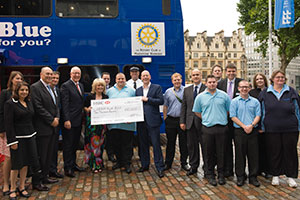 The KCAP vision statement sets out the common goal of the partnership:

“To create a culture where young people drink responsibly and follow safe consumption limits and minors are only able to access alcohol under responsible and informed supervision.”

The aim of the KCAP pilot was to work with retailers of alcohol – both on and off licensed premises - and to target young people aged between 12 and 24 years in order to:

The achievement of these aims would be addressed through four elements:

To be carried out with retailers and young people. Working with retailers to support, inform and assist them to meet their responsibilities. Work with young people to engage them through activities to be done in schools and also through other community based work. Such activities aim to raise understanding of the risks of excessive alcohol. Activities to increase the awareness of proxy sales and seek to raise awareness with the public and particularly with the parents of youngsters.

This area of the project aimed to engage and consult the public on their perception of alcohol related issues. Areas of concern could then be addressed by diverting resources accordingly. Communication issues were identified as desirable by the partnership and the briefing document identified the need to take on board a media partner and to produce regular updates on the project to maintain a high public profile.

The partnership identified the need to generate and share intelligence on the problems being addressed by KCAP.

A lead professional from Trading Standards was assigned to the project to co-ordinate and communicate with partners and to liaise with others as necessary .

A two tier system of managing KCAP – through tactical (local level) meetings and operational (area level) seemed to work well. The local level meetings enabled detailed discussion of relevant issues and particular issues could later be fed back to the area level meetings for discussion and as part of a learning experience for all agencies.

The overall tenor of these area level meetings was highly conducive to a problem solving approach: representatives of the various agencies took a ‘can do’ attitude toward issues and jointly arrived at solutions. There was no evidence of inter-agency tensions or ‘boundary disputes’ that are sometimes encountered in inter-agency projects.

Canterbury is a major tourist attraction in Kent and also has a large student population. There is a busy and active alcohol industry based around the city centre. There are approximately 220 licensed premises in the area. As can be imagined, the numerous pubs, bars, clubs and restaurants attracts large numbers of people into the city centre. As in many town and city centres throughout the country, this can lead to late night noise, litter and various types of anti-social behaviour.

This pilot area encompassed parts of two different aspects of the community; Broadstairs sea front, is an area oriented to tourism and leisure activities while Newington is a relatively deprived area. Major retailers and stores are located at Westwood Cross. This area contains some 40 licensed premises. The sea front area in particular has been identified as having a high level of alcohol-related anti-social behaviour. Intelligence indicated that proxy sales were a problem in Newington in particular, with older people, sometimes family members, buying alcohol on behalf of minors.

Edenbridge is a small town supporting a rural community. Compared with the other two pilot sites, Edenbridge is a relatively isolated area. The town was described by several interviewees as having a strong sense of community. Edenbridge has an attractive high street and a good selection of shops, cafes, pubs and restaurants. Edenbridge was picked as a pilot area for its rural nature and size – it was said to be a similar size to the St Neots area where the CAP model was developed initially.

In Canterbury, a training day in January introduced KCAP to a group of around 80 practitioners including Police Officers, Police Community Support Officers and Community Wardens as well as retailers.

The Canterbury Tactical Group also noted that there were a high number of school-aged students in the area as well as large numbers of students from the two main universities. A drug/alcohol programme would also be delivered. Students would be shown a DVD produced by young people called “Don’t Walk Away” aimed at promoting responsibility for other young people who might be at risk as a result of excess alcohol consumption.

Thanet’s Tactical Group identified education for retailers as a key focus for their efforts. Retailers would receive an initial visit and intelligence would be used to focus efforts as necessary. In addition, educational activities were organised for young people to address their knowledge of the potential dangers of alcohol abuse. All schools in the area had received information about the risks of alcohol abuse and an event had been staged, “Carmeggedon” which demonstrated the effects of alcohol and its effects, using members of the emergency services to enact a road accident. The Community Safety bus had also been used to aid publicity for KCAP at local events. Youth Intervention Officers also carried out work in schools and funding had also been directed to youth workers to reach young people outside of mainstream provision.

All 25 licensed premises had been visited by the start of the scheme, with the exception of 4 or 5 clubs. The KCAP initiative was well received by retailers. Many retailers were already aware of the Challenge 25 campaign when KCAP was launched. Litter sweeps in three identified hot spots were to be carried out.

Delivering activities aimed at school-aged young people was shaped by the fact that Edenbridge has no secondary schools where such activities could be delivered to their intended recipients. This meant that other ways had to be considered of delivering educational information about alcohol abuse that would reach the intended audience

The launch of KCAP in March introduced some of the issues relating to alcohol and young people to the public. Activities include the opportunity to try on ‘beer goggles’ and other co-ordination activities as well as a line up of young people to highlight the difficulties for retailers in making a decision as to when to refuse to serve a young person. The public were also asked for their views about alcohol in their community.

The Edenbridge Tactical Group decided to employ a detached youth work approach to working with young people, and chose Play Place Innov8 Community Interest. This company were contracted to deliver detached youth work in Edenbridge, initially for 12 weeks, a period which was then extended further having received further funding from KCAP and the KDAT summer programme.

Roaming Sessions were initiated by staff walking around areas in Edenbridge to locate young people. The detached youth workers were able to talk directly to young people drinking outdoors and to engage them about alcohol issues in a setting where the young people felt comfortable to do so.

As well as the ability to meet and interact with young people, the use of detached youth workers also enables a picture of young people’s views of life in Edenbridge and their use of alcohol. The youth workers’ reports concludes that the roaming approach seems to be more productive in terms of addressing and challenging alcohol misuse.

The Impact of KCAP

During the KCAP period between March and September 2009, the KCAP pilot areas saw a decline in offences of criminal damage some 6% greater than in non-pilot areas. Drinking by minors is frequently associated with various acts of criminal damage and this was a key issue which KCAP sought to make an impact upon. There were substantial falls in recorded crime in both Thanet and Edenbridge, with the latter reducing violent crime by almost a third.

Whilst the figures for Canterbury were good, they did not show a significant improvement over the non pilot areas. This was thought to reflect the differences between pilot areas and those young people they focused on. In Edenbridge the focus was very much on minors drinking in public places as in Thanet, where the KCAP team were also particularly concerned to address proxy sales, seen as a particular problem in the area. Canterbury’s focus was aimed at a different group of young people, mainly students in the city centre, and signalled the need to better involve the late night economy in any future project.

Public perception surveys overall showed an improvement twice that of the Non-Pilot Areas: 4% compared with 2%. The issue of teenagers hanging around in public places is one that many members of the public wanted addressed especially if the young people are drinking.
Kent Police’s survey of members of the public indicated that, during the life of the KCAP pilot, concerns about teenagers fell by 4% compared with a fall of 1% in non-pilot areas.

Following the results of the pilot, KCAP developed plans to roll out the CAP model across the county and where appropriate link the initiative with the night time economy.

I welcome the reduction in alcohol related youth anti-social behaviour. The CAP model has promoted effective and innovative partnership work between enforcement agencies, businesses and local community groups and has clearly played an important part in this. I would encourage every area with evidence of alcohol related youth crime to give serious consideration to setting up a CAP to reduce crime and build safer neighbourhoods.