The Derry Challenging Underage Drinking Initiative involves the statutory, community and business sectors, and is led by Derry City Council’s Civic Alcohol Forum. Police statistics showed significant reductions in alcohol related crime and disorder as a result of the CAP. In 2012 the scheme won a prestigious national award, the Municipal Journal Award, coming top in the Customer Behaviour Change category. 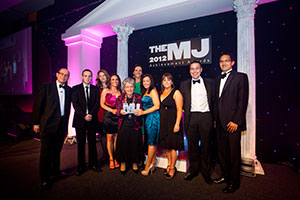 The project involved a range of measures including high visibility patrols, engagement with young people and visits to local retailers to discuss proxy purchase. The initiative proved successful - and there was no evidence that the problems moved to another part of the city.

Since the pilot scheme was put in place there was a downward trend in the amount of alcohol litter found in the hot spot areas. Statistics show that there was also a marked reduction in referrals to youth diversion officers during the summer period of 2011 – (114 for the April to September period in 2010 as compared to 40 for the same period in 2011). Neighbourhood police reported that the initiative has improved the quality of life for local residents.

The following is taken from the interim evaluation report:

“Detailed information on type and amount of alcohol litter found at 13 “hot-spots” within the project area has been collected monthly since October 2010. Analysis of the statistics has shown that there has been a general downward trend in the amount of litter found which is more marked in some aresa (Creggan Burn open space) than others (Zig Zag steps at Lower Nassau Street). The statistics will be used to assist in targeting more resources to problem areas.

The Police have provided a number of statistics in relation to alcohol related crime and disorder showing dramatic reductions during the project to date.

Feedback in relation to the project has been positive although formal evaluation has not yet been completed. Community Police Officers, youth intervention officers and Community Safety Wardens have noticed a significant reduction in alcohol related disorder in the area and anecdotal feedback from local residents’ shows that they have noticed a difference.

The Derry CAP team will be continuing to target areas that have not shown significant improvements to date. Further work has been planned within schools relating to awareness of the project and the effect that underage drinking has on local communities.

A programme of training courses for parents; “talking about tough issues” to give them skills in how to discuss alcohol use with their teenagers will be rolled out through local schools and community centres. The group will also be producing a DVD about the project which will be used to publicise CAP and highlight good practice.”