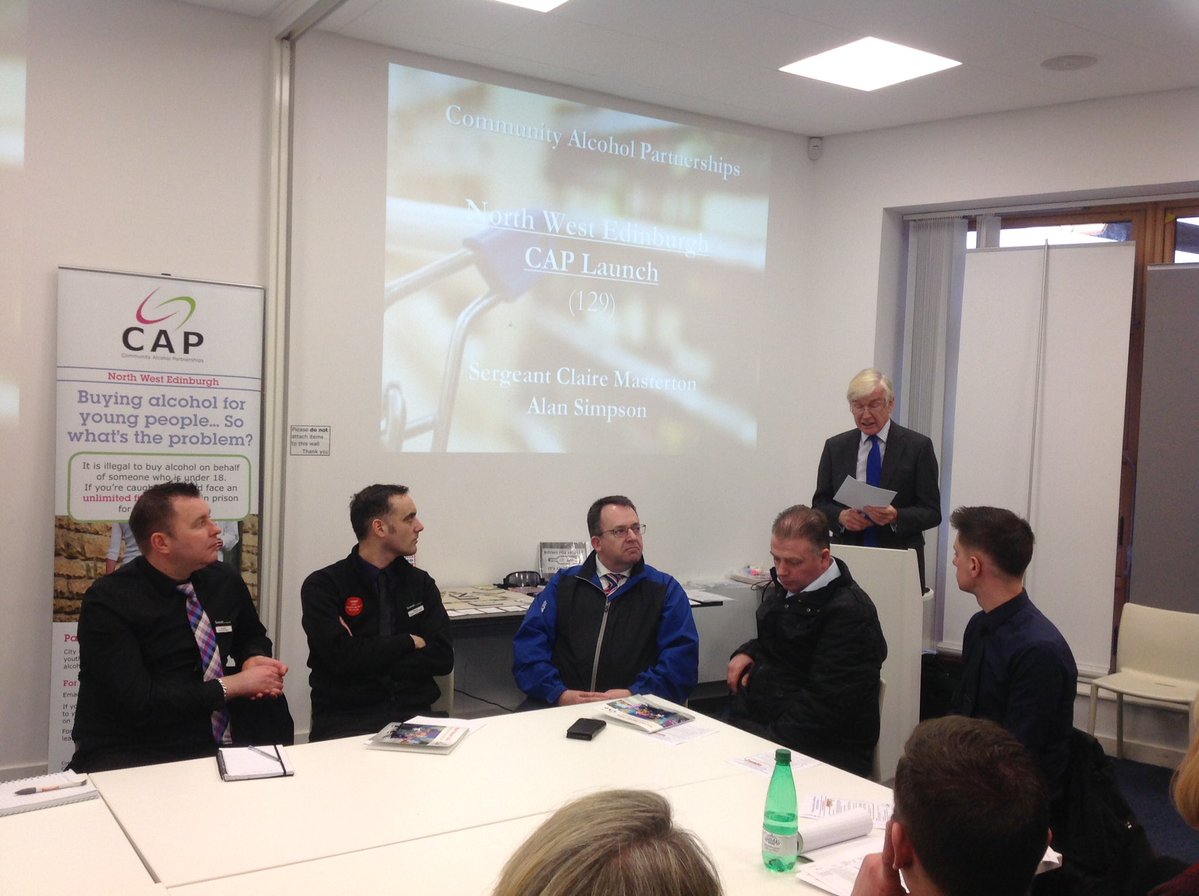 The North West Edinburgh CAP brings together a wide range of organisations and services, including Police Scotland, the City of Edinburgh Council, Schools and alcohol retailers, working together to reduce the sale of alcohol to young people, advise them on the dangers of drinking and provide alcohol-free activities through youth services and local charities.

Ben McPherson MSP for Edinburgh Northern and Leith sent a message of support to the new CAP: "Working together across all of the various sectors and organisations involved, and across different generations, I'm confident that today's launch is the start of something that I know will make a genuinely positive impact. I look forward to playing my part with you all in reducing young people’s alcohol consumption and related anti-social behaviour for the benefit of the people I represent and look forward to taking part in future events in Edinburgh Northern and Leith.”

At the launch of the new CAP at Drumbrae Library Hub, Inspector Stevie Sutherland said surveys conducted in schools suggest teens are drinking every week. He said his officers would be visiting comprehensive schools in the area to warn of the dangers of underage drinking and the CAP would also offer free training to local retailers to help them avoid selling alcohol to children and “proxy purchasers” – adults buying for underage drinkers.

“Issues can be anything from the elderly and vulnerable in the community afraid to go out because kids are hanging around outside, to vandalism and graffiti,” he said.

CAPs are a UK-wide initiative to tackle alcohol-related harm to young people and improve the quality of life for residents. The North West Edinburgh CAP is the city’s second, after a similar scheme was rolled out in East Edinburgh in 2013. The East Edinburgh CAP has seen an 18% reduction in alcohol-related crime and an 80% reduction in alcohol seizures from young people in the last three years – just one of the outstanding impacts on local crime, anti-social behaviour, litter, feelings of safety and reductions in underage purchasing of alcohol that CAPs throughout the UK have brought about.

CAP chair Derek Lewis said: “A lot of issues relating to alcohol are specific to local areas and the CAP solution is not one size fits all – it provides a menu of approaches for local areas to choose from. Leading with young people is the right place to start because if you can influence the behaviour of teenagers then it will stay with them for life.”