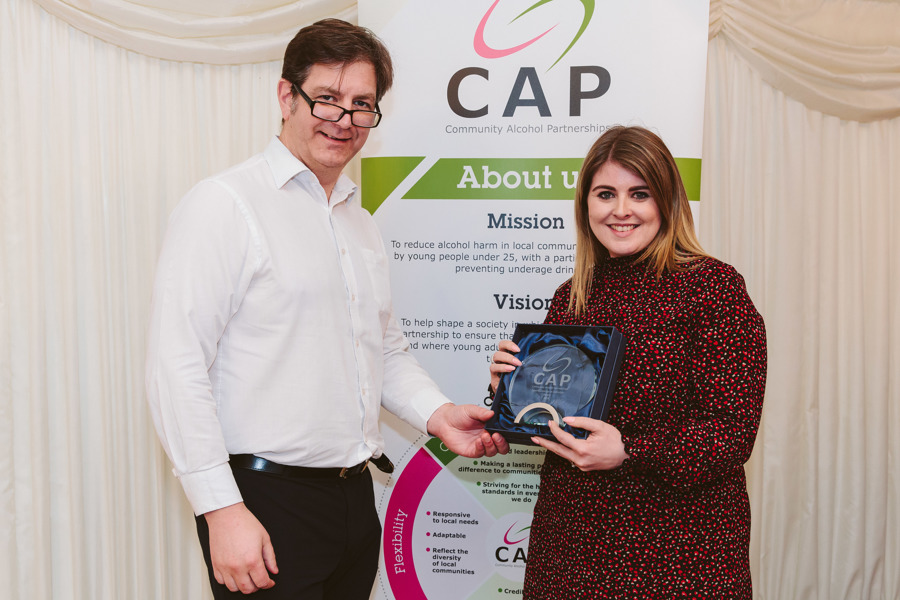 Helen Ellison of Newark and Sherwood District Council has won a national award from Community Alcohol Partnerships (CAP) for her work tackling underage drinking. She received the Outstanding Contribution by an Individual Award at the CAP celebration at the House of Lords on January 29.

Presenting the award, CAP Board member Inspector Andy Morrice of the Lincolnshire Constabulary said: “As co-ordinator for the Ollerton, Boughton and Edwinstowe CAP, Helen has brought together a wide range of local partners to promote healthy lifestyles and alcohol education. She has inspired and motivated partners to create many diversionary activities for young people in this deprived area including a weekly park run, football, netball, kickboxing, cycling, skate-boarding and rugby. She has also launched a further CAP covering Clipstone and Forest Town. It was a proud moment for Helen when the Ollerton, Boughton and Edwinstowe CAP won the Notts Getting Active Together Project of the Year Award last year, recognising its amazing work to transform the lives, health and wellbeing of the local community. I’m delighted to second that appreciation with this award today.”

Notes for Editors
The first CAP was set up in St Neots in 2007 and 201 have now been launched across the UK.