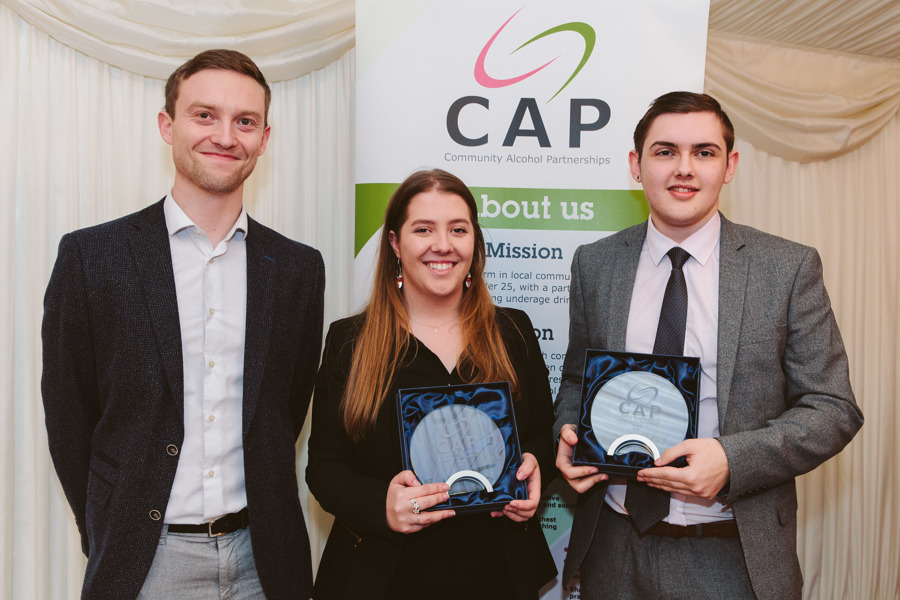 Zakk Frost and Shannon Lee, former students at the University of South Wales, have won a national award for their work tackling underage drinking. They shared the CAP Contribution by a Young Person Award at the CAP celebration at the House of Lords on January 29.

Presenting the award, Aaron Mansfield of the Royal Society for Public Health said: “Drama students Shannon Lee and Zakk Frost have had a huge impact on schoolchildren throughout Cardiff and the Vale of Glamorgan, delivering fun and interactive awareness sessions through Switched On, an information, education and advice service for anyone under the age of 25 who is concerned about substance misuse.

After a fantastic six months sharing their theatre and drama knowledge with the Switched On team and working with Cardiff CAP and Public Health Wales, both Shannon and Zakk received ﬁrst class honours for their efforts toward their third year project. Shannon also contributes greatly to Cardiff CAP as a student representative. I’m thrilled to see young people involved in CAP’s work in this way.”