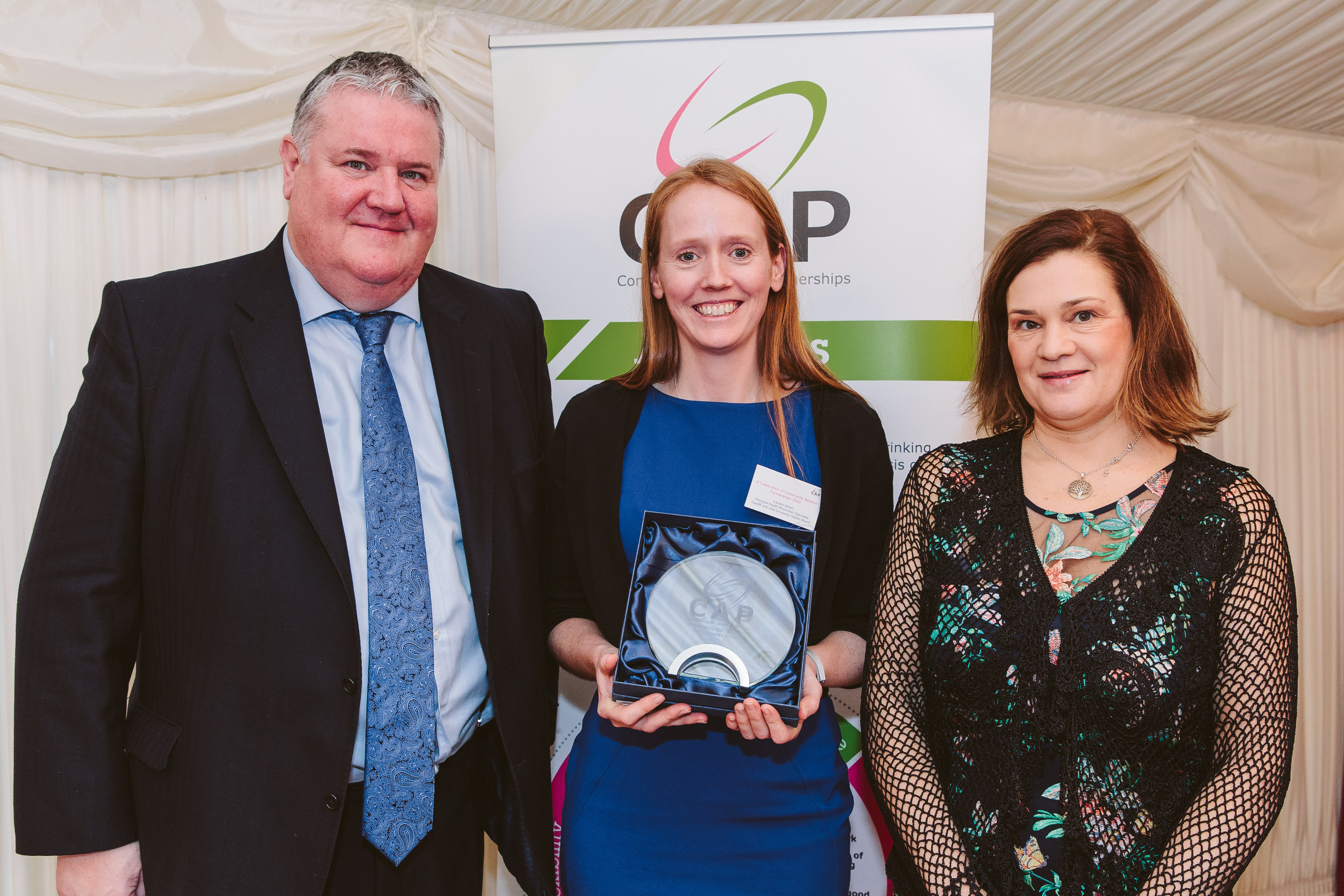 Lauren Idowu of Public Health Wales and Ian Tumelty, Business Crime Reduction Manager, Cardiff Against Crime! received the CAP of the Year (Wales) Award from Kate Winstanley, CAP Director, at the annual CAP celebration at the House of Lords on January 29.

Kate Winstanley said: “Cardiff was the first CAP to include 18-25 year olds within the project. The city has a vibrant night-time economy and the CAP works to ensure the safety of these young people, working in partnership to bring together existing initiatives and add value to them. Help points are to be installed across the city and training is currently being delivered to door staff to provide support for vulnerable young people. The CAP also works closely with Cardiff universities to reduce anti-social behaviour, alcohol-related violence and health risks from high levels of intoxication among students.”

She added: “I’d also like to congratulate Pontardawe CAP and Pontypridd CAP which were highly commended in this category for their most effective work addressing underage drinking in Wales by focussing on the education of young people and holding local public engagement events.”

CAP Chair Derek Lewis said: ““Underage drinking is associated with school and educational problems, unprotected sex, consumption of illicit drugs, violence and drinking problems in later life. We have been greatly encouraged to see emerging evidence that CAPs are reducing alcohol consumption by underage children.  While the proportion of young people in England who regularly consume alcohol has dropped slowly between 2001 and 2018, the reductions achieved in CAP areas are even greater, with 52% average reductions in regular drinking among 13-16 year olds.  We believe that this reflects the increasing emphasis on working with schools within the CAP areas.”