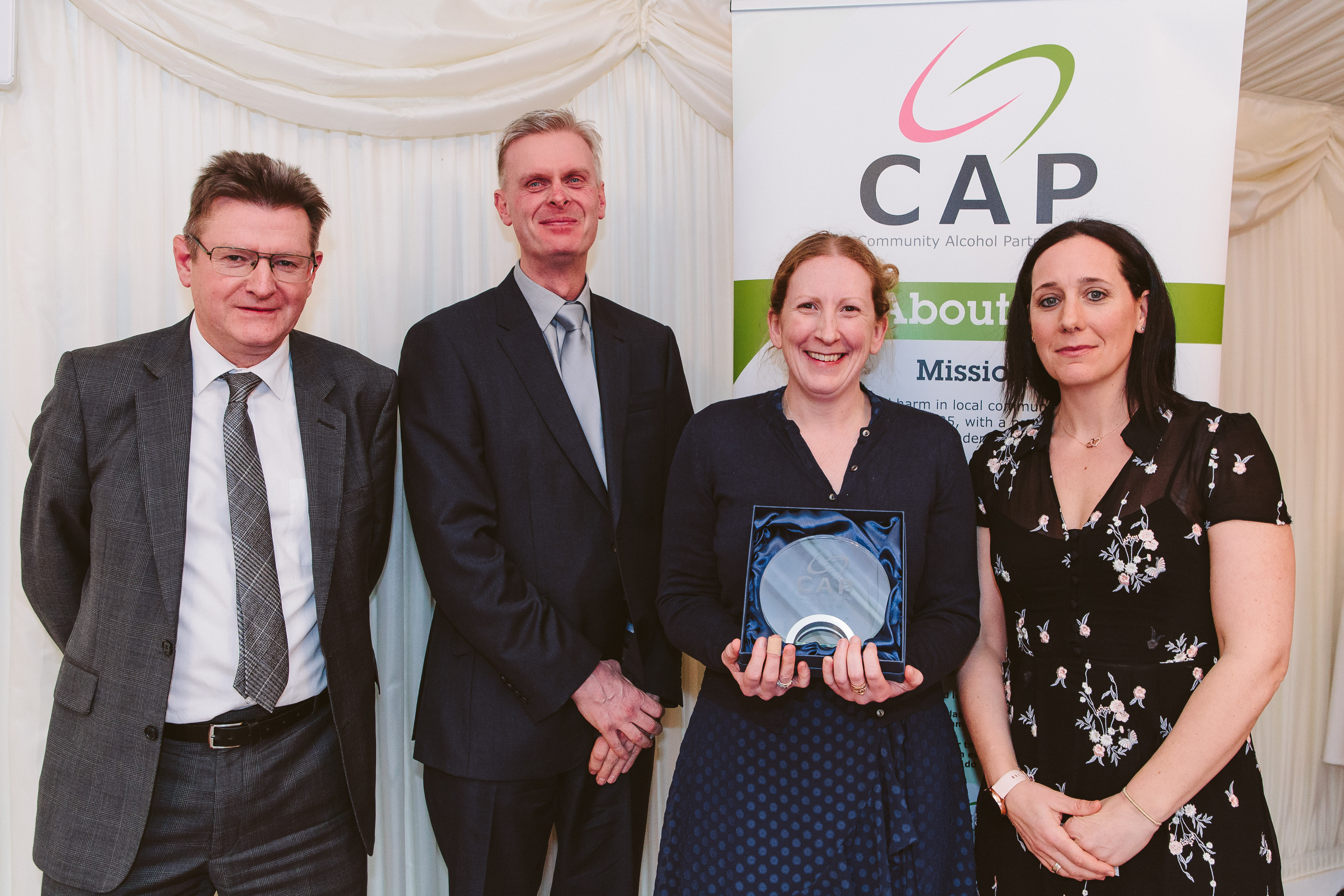 PC Gill Young, PC Karen McKenzie and PC Martin Crow from Police Scotland received the CAP of the Year (Scotland) Award from Douglas Meikle of the Scotch Whisky Association at the annual CAP celebration at the House of Lords on January 29.

Douglas Meikle said: “The North West Edinburgh CAP has reported significant results from its students’ surveys: the percentage of 13-16 year olds who said they had drunk alcohol on a weekly basis fell in one school from 17.43% to 7.84%. It has achieved this with energetic partnership working and an innovative approach to getting its messages out to young people, including using a Scot Rail train carriage as a venue for alcohol education; enlisting the help of local sea cadets to deliver a warning about proxy purchase to local homes; organising new community football sessions, go-karting and a disco and coming together with a wide range of partners at a community event at Waverley Station. Well done NW Edinburgh CAP.”

Douglas Meikle added: “I’d also like to congratulate Orkney CAP and North East Edinburgh CAP which were highly commended in this category and like all Scotland CAPs, do fantastic work to prevent alcohol harm to our young people.”