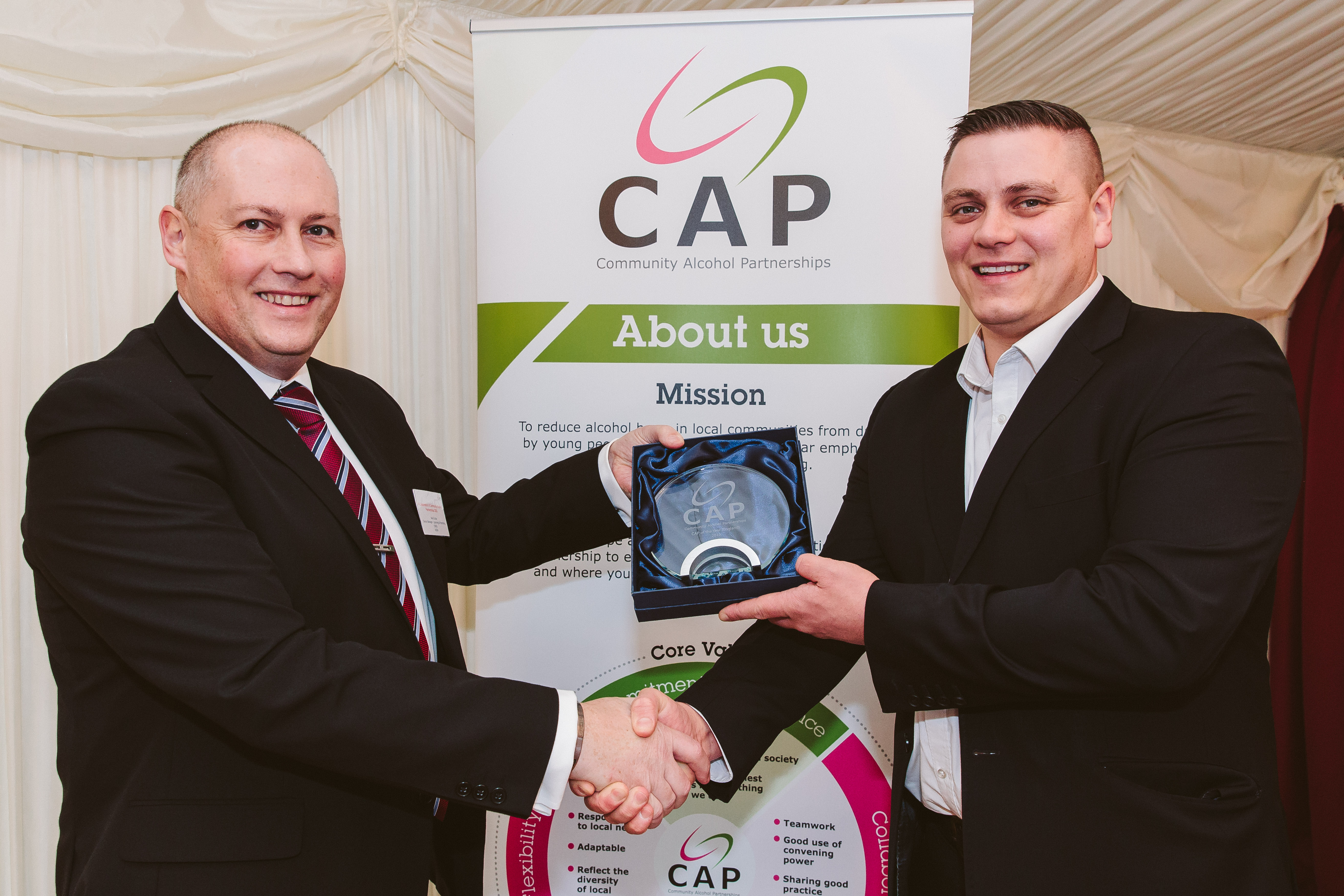 Its co-ordinator Sergeant Scott Adams of Cumbria Police received the CAP of the Year (England) Award from CAP Board member Neil Eccles, Senior Manager at Asda, at the annual CAP celebration at the House of Lords on January 29.

Neil Eccles said: “Although it was only launched in 2018, Longtown CAP has already brought about a hugely impressive 80% reduction in anti-social behaviour. Before the CAP was launched there was no provision for young people in Longtown. The CAP has held engagement nights with local young people which led to partners working together to raise funds. The partnership has raised £8,000 so far which has enabled a room to be renovated at the community centre for local young people and for youth work to take place to engage with young people on the streets. I’m delighted to present this award to Longtown CAP.”

Scott Adams says: “A vital part of the CAP's work has been engaging with young people, getting them involved with the campaign and building their trust. Working hard to engage with this traditionally difficult-to-reach group has been key to our success. They’ve told us what they want and need, and the CAP is working hard to provide it. Residents’ complaints to police about anti-social behaviour have reduced significantly as a result.”