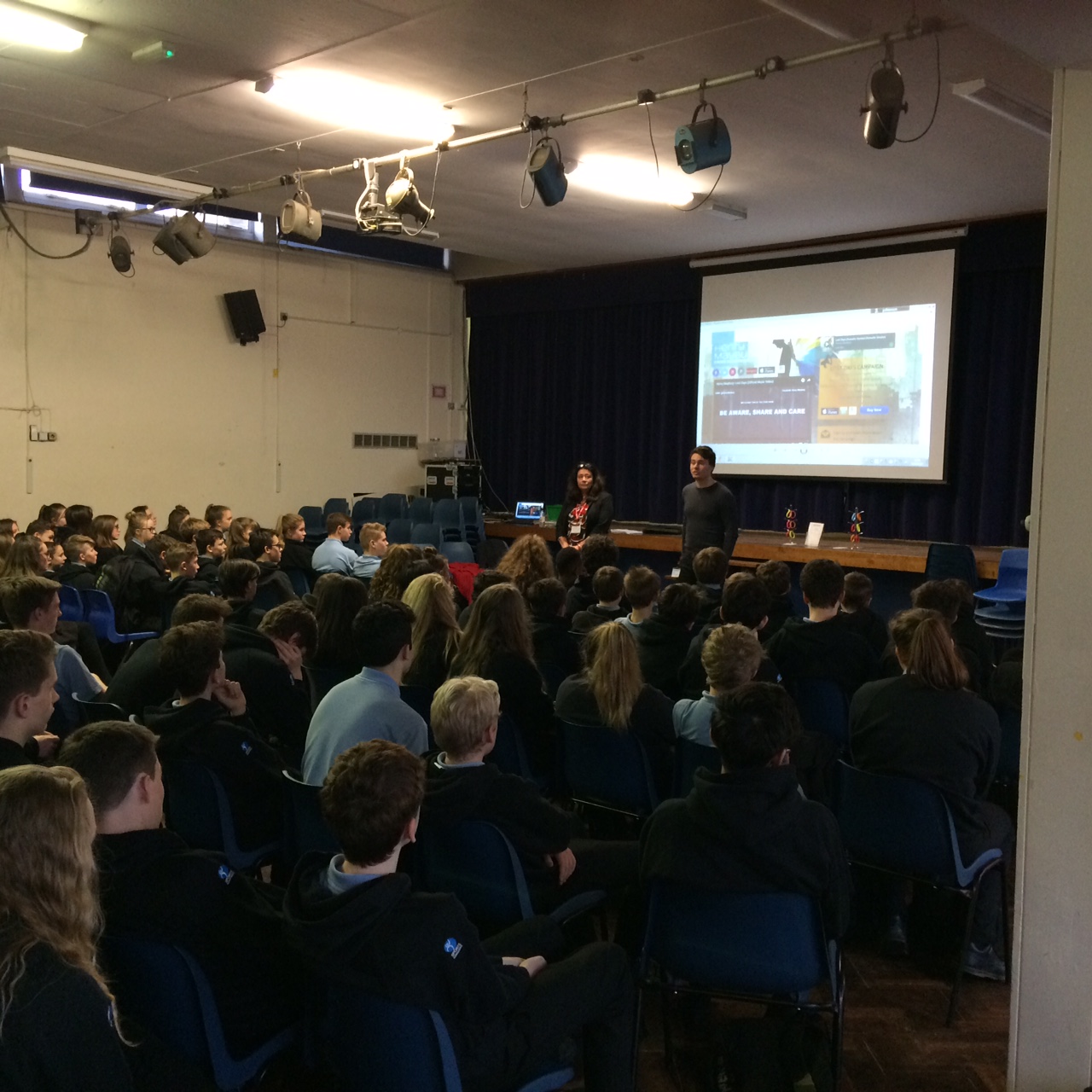 Young singer and songwriter Henry Maybury and his mother Sally provide great support to CAPs throughout the UK - performing, speaking and attending events. Their visits to CAP schools are especially popular, where their powerful and moving story about the dangers of alcohol abuse really get the message across to young audiences. To mark Alcohol Awareness Week we asked them to talk about their work.

Henry has already had his share of life changing experiences. As success appeared around one corner, tragedy appeared around another as Henry’s oldest brother Tom died from an alcohol related illness.

Tom was more than just a big brother for Henry - he was a mentor, critic and a constant source of encouragement for him, even as Tom struggled with alcohol addiction in the months before his death.

Tom’s perseverance only served as an additional inspiration for Henry to succeed and when Tom finally lost his battle to drink on February 22nd 2013 at just 29 years old, Henry knew what he had to do.

Motivated to tell others about his experiences in life Henry began writing songs that expressed his own personal experiences, both good and bad.

Henry is currently travelling around schools, prisons and rehabs with Sally all over the UK where they share their powerful and moving personal stories and music videos ‘Lost Days; (which to date has over 1 million views on YouTube) ‘You’re Beautiful’ and ‘Every Night a Day’ which tells of the sadness that addiction can leave behind in families.

‘Every Night and Day’ has so many sad memories in it and Sally says “This is one music video I cannot watch. You will see Henry in his suit acting going to the funeral. He is holding a notebook in his hand. In this notebook are the actual words he read out at Tom’s funeral ... words that came from Henry’s heart.”

Also the dog that appears in the music videos ‘Lost Days’ and ‘Every Night and Day’ is Tom’s actual dog Tottie. Tottie died last year just before Christmas one month short of her 15th birthday but will always be remembered for the love and support she gave to Tom through his alcohol addiction.

Sally says “I remember when we visited the Dogs’ Trust because Tom was adamant he wanted a dog. On seeing this little one with a huge head Tom decided he wanted her, despite us trying to persuade him otherwise.

Tom idolised Tottie, she was his little girl. Sadly after a few years he was unable to look after her properly because he was fighting his own demons, alcohol addiction. So Sally took her in and there were times when Tom would visit and would go to his bed because of the drink and she would look around the house looking for Tottie. She would eventually find her lying on the bed curled up next to Tom both fast asleep. Tottie to this day lies with Tom. They are together as they should be.”

Henry says “Tottie played such a large part in Tom’s life and I am sure she helped him to fight his demons. After releasing the music videos and travelling around the UK visiting schools, prisons and rehabs Tottie became a star in her own right. Students messaged me through Facebook and Instagram asking me how Tottie was and what she was up to. Prisoners would beg me to bring her into prisons so they could meet her. I really wish we could have done that.”

They would never have thought that after the sadness of losing Tom that they would now feel joy from seeing the amazing responses they get from their addiction programme, from students and teachers in schools, parents, prisoners and those fighting addiction and those in recovery.

“We have to say that this has been an amazing journey so far for the two of us and of course it doesn’t get any easier sharing Tom and Tottie’s story but we will continue to tell it because if we can reach out and help just one person, we know this journey will have been worthwhile!”