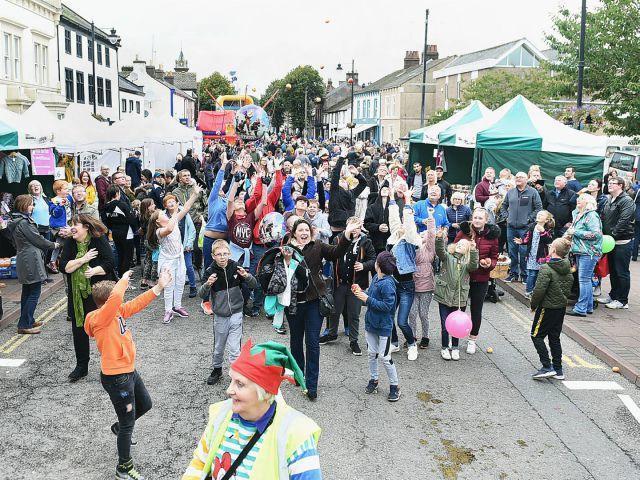 An underage drinking crackdown is taking place at this year's Egremont Crab Fair.

Police are warning under-18s that it will not be tolerated and alcohol will be confiscated from those breaking the law.

And parents and adults are also being targeted, urging them not to purchase booze for underage drinkers.

One of the ways to battle the problem is pavement 'street art' which will see the temporary painting of anti-underage drinking messages on the town's streets.

Inspector Richard Smillie, of Cumbria Police, said: “In recent years, the crab fair has required a heavy police presence due to the numbers of underage drinking causing nuisance and anti-social behaviour during the event.

"The message this year is that it will not be tolerated and that all alcohol will be confiscated from those who are underage.”

A number of actions to be taken in the lead up to the weekend's traditional fair have been agreed by Copeland's Community Alcohol Partnership (CAP).

These include talks at secondary school assemblies, messages to parents and other adults, youth officers talking to youths on the streets as well as a police presence at the event.

Louise Coid, the Copeland local focus manager, added: “The CAP has worked with the local retailers to reduce direct sales of alcohol to under-18s via the challenge 25 scheme, unfortunately under-18s are being supplied by parents and adults who buy it on their behalf, known as proxy purchase.

"The CAP needs to raise awareness of this issue and that proxy purchasing will not be tolerated.”

It was launched in April and its aim is to reduce the sale of alcohol to young people, advise them of the dangers and health effects of drinking alcohol and provide activities through the local youth group.