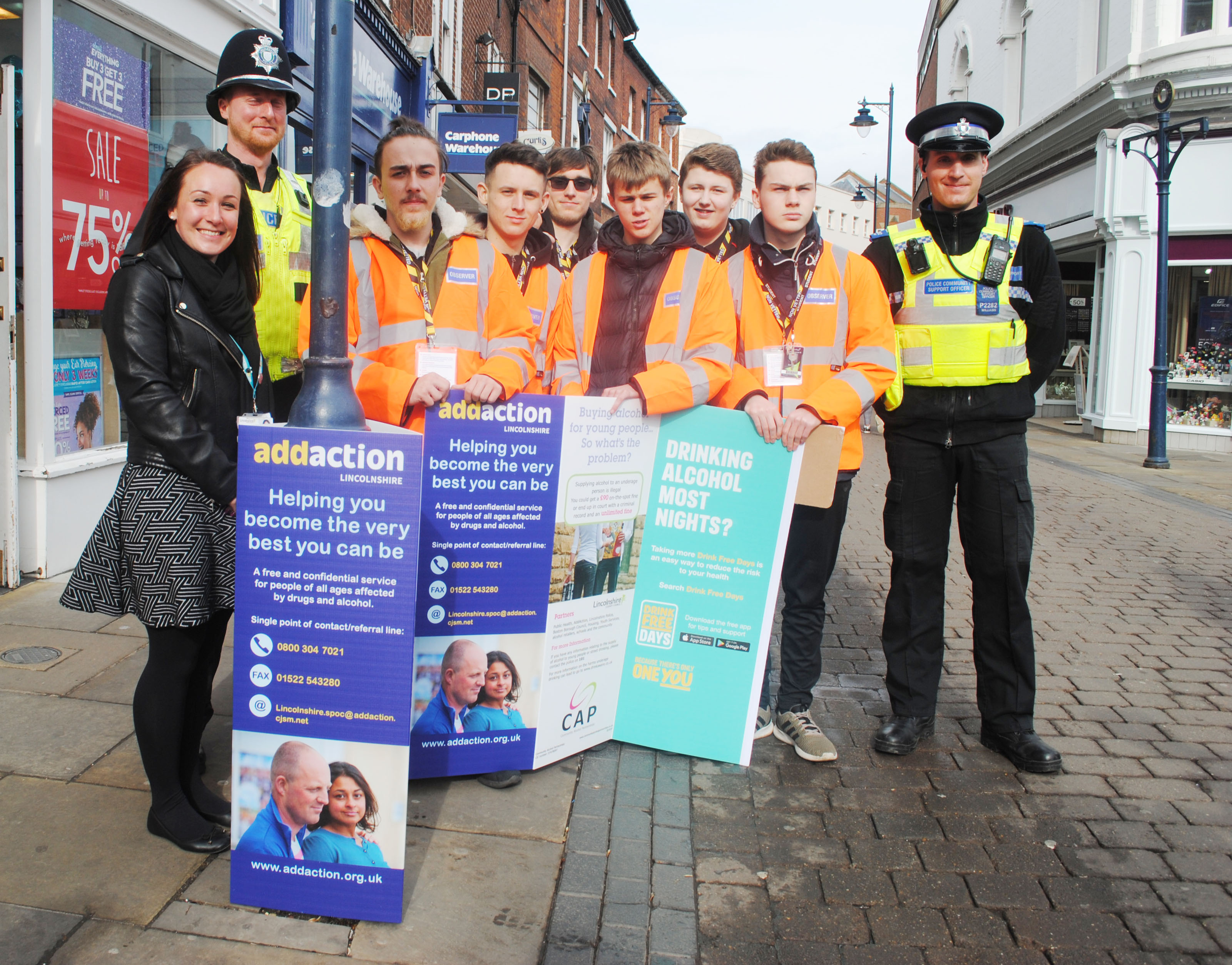 A campaign to highlight underage drinking has hit the high street. Specially designed information banners have been installed in Boston’s busiest shopping streets to underline issues around alcohol and the help and advice available to reduce consumption.

The street banners are part of a programme of actions taken by the CAP (Community Alcohol Partnership) in association with Addaction Lincolnshire and Public Health England’s One You campaign.

Students from Boston College’s Level 1 Uniformed Public Service course have again enjoyed experience working with the police as they assisted in securing the triple-sided banners around lampposts in town.

The students have been busy supporting the police recently with increased visibility and helping with initiatives such as combatting shop crime and a public survey to help make the town centre more inviting to drive out anti-social behaviour.

The new banners warn of the penalties for those who supply alcohol to those who are under age, the free and confidential services offered by Addaction for anyone with an alcohol problem and the benefits of having drink-free days.

Since Boston's CAP was formed it has visited every off licence in Boston to highlight issues around under-age drinking and to promote Challenge 25. And repeat visits to under-performing off licences have been used as evidence resulting in businesses which continued to sell to underage customers losing their licences to sell alcohol.

CAPs bring together local retailers and licensees, trading standards, police, health services, schools and other agencies to tackle the problem of underage drinking and associated anti-social behaviour. In Boston partners include the police, the borough council, public health, youth services, Addaction, Boston Mayflower and schools with backing from major retailers such as Tesco, Asda and the Co-op and independent retailers.