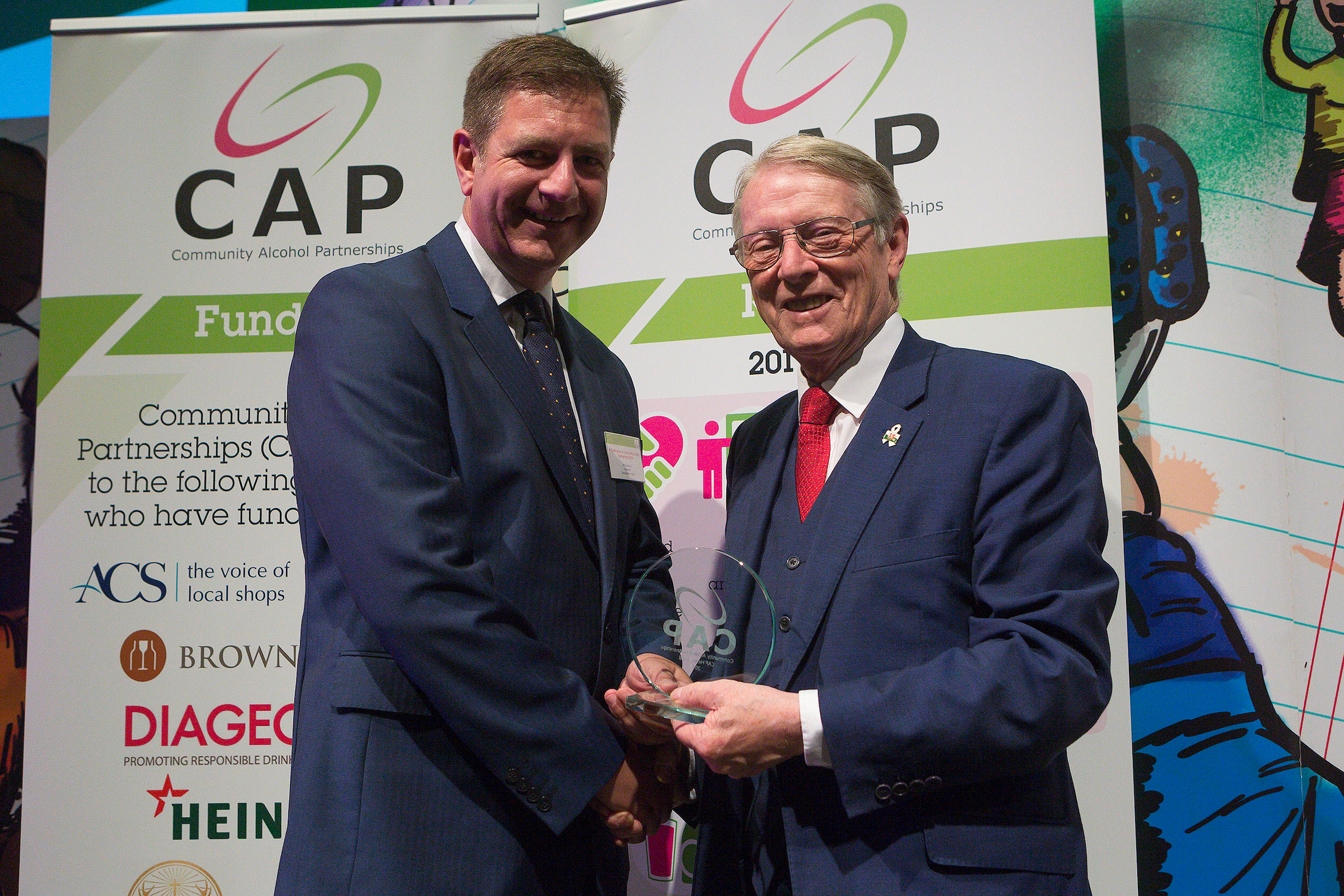 Inspector Andy Morrice of Lincolnshire Police has received the Community Alcohol Partnership (CAP) hero award. He received his award from Alun Michael, Police and Crime Commissioner for South Wales at the annual CAP celebration which this year took place at the Welsh Assembly.

PCC Alun Michael said: “Andy has been the driving force behind the Boston CAP since its launch in November 2016. He has forged new relationships with off licences, created effective partnerships with retailers and involved the CAP in a wide range of community events. Most impressively, he has personally driven the CAP’s engagement with secondary schools, which were previously reluctant to get involved. This has brought some great results, including a recent survey of young people at Boston Grammar School that revealed weekly drinking levels had dropped to just over 1%. Through his efforts, the CAP has also achieved impressive reductions in underage drinking, street drinking and anti-social behaviour. Many congratulations to our CAP hero Andy.”