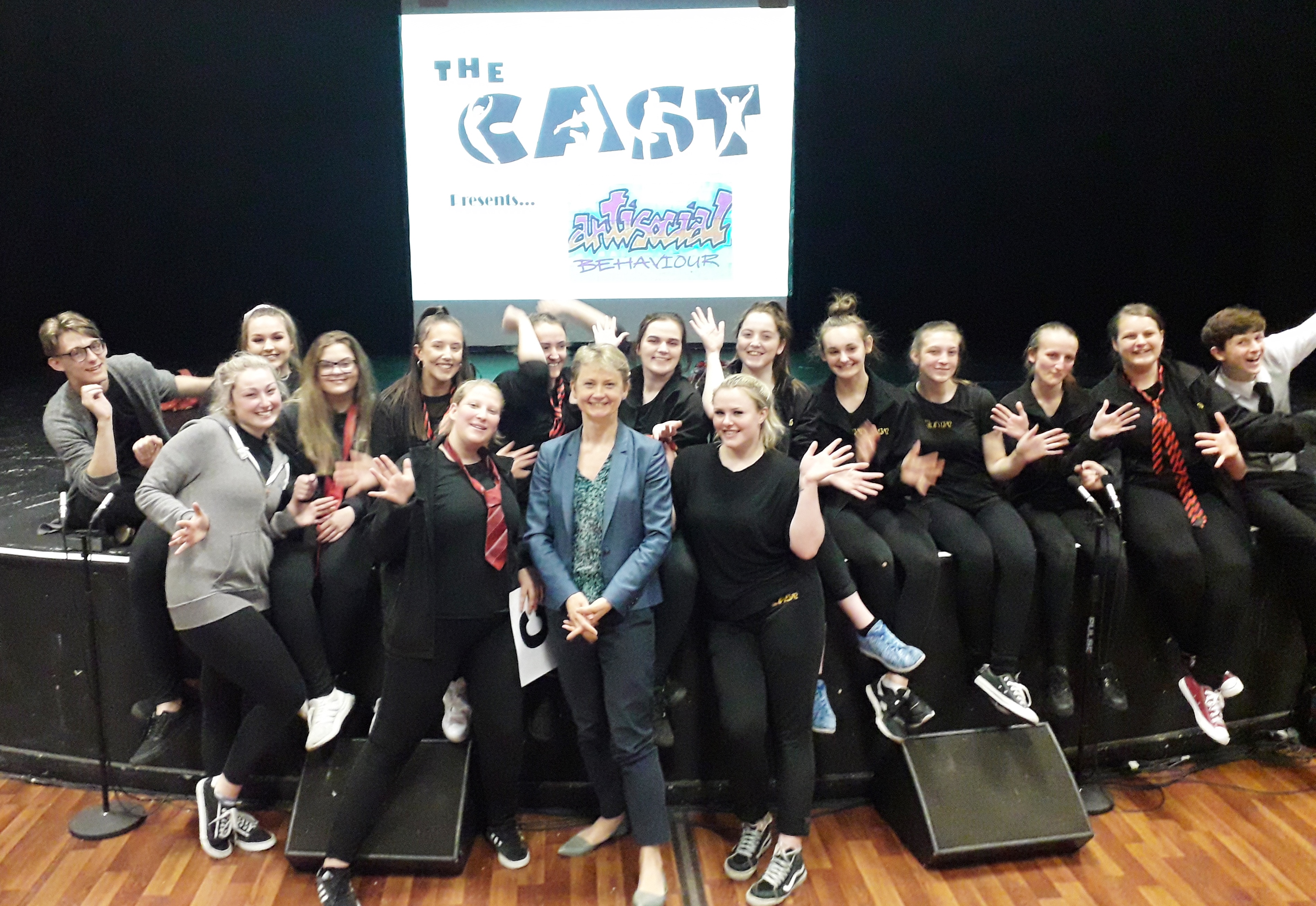 Airedale Academy performing arts students have performed a play about alcohol and the impact on anti- social behaviour. The students researched the subject with the help of Spectrum Health; Castleford’s Neighbourhood Policing Team along with residents from Reflections House in Castleford. The performance starts with a focus on anti-social behaviour and highlights the influence alcohol has on poor judgment resulting in dangerous risk taking with unforeseen consequences.  The play is aimed at younger students and designed to be thought provoking, and start conversations around the reasons why some people get involved in anti-social behaviour and also go on to commit crime.

The play will also be performed to all year groups at Airedale Academy and also to statutory organisations as part of safeguarding week later in the month. This preview performance was for elected members, West Yorkshire Police and selected guests.

Yvette Cooper MP who came along to support the students said “I was completely blown away by the talent and commitment from the students. They were great at getting the consequences of anti-social behaviour across in a way that other students will relate to. I’m sure this project will have a lasting impact on our community.”

The students were approached as part of the Castleford Community Alcohol Partnership, made up of members from local authorities, police, schools, retailers, neighbourhood groups and health providers, which aims to reduce the sale of alcohol to young people, advise them on the dangers of drinking alcohol and the potential consequences this can have not only to their health but also the wider implications to their prospects and future aspirations.