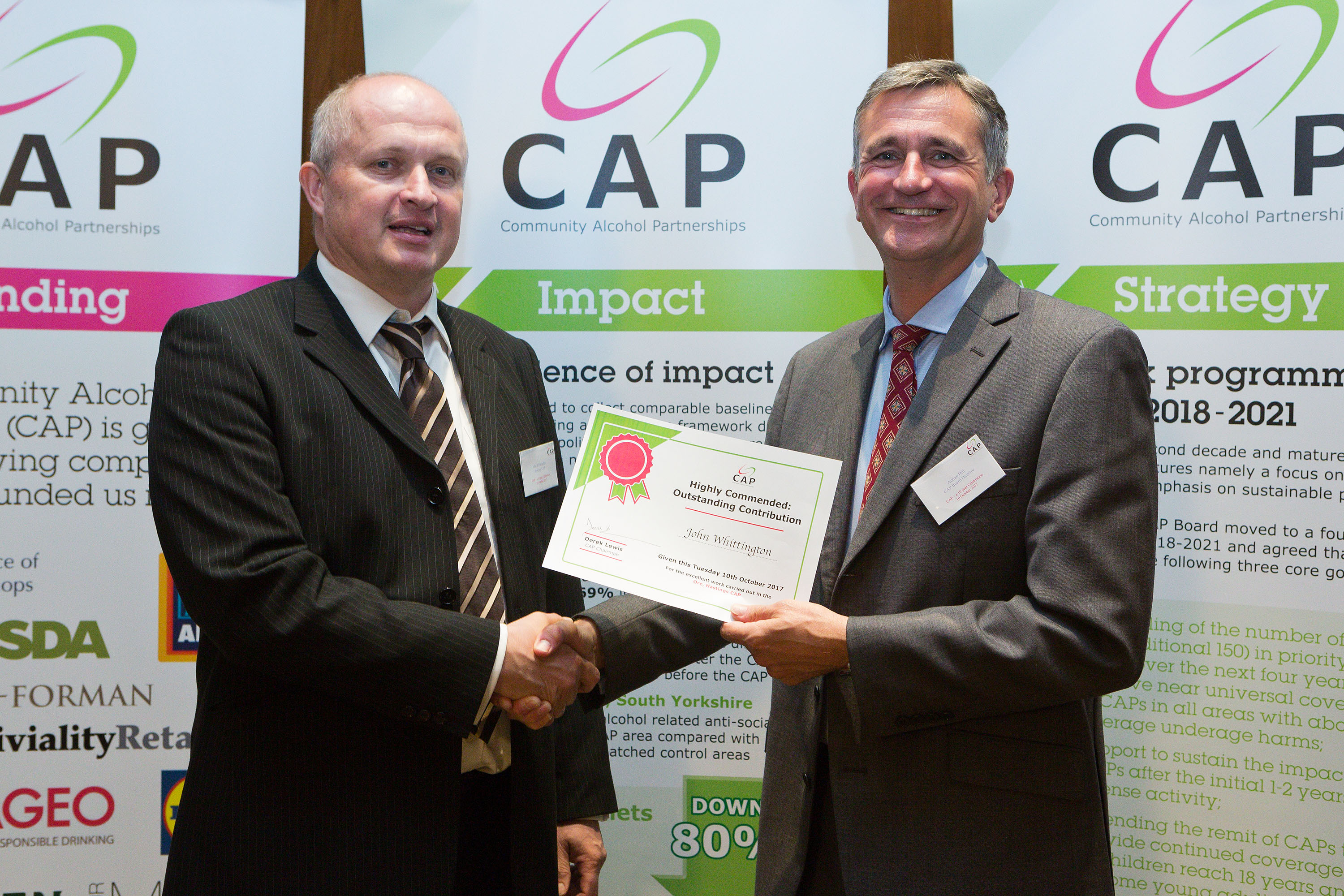 John Whittington, Community Safety Manager at Hastings Borough Council, and a key member of the Ore, Hastings Community Alcohol Partnership (CAP) has been highly commended for his outstanding contribution to tackling underage drinking.

John received his award at the Westminster launch of the CAP 2017 Impact Report this week.

Presenting the highly commended certificate, Adrian Hill, Group Regional Risk Manager at the Co-operative Group Ltd and CAP Board Director said: “John launched one of our newest CAPs, in Ore, Hastings this year after surveys of parents and residents highlighted that underage drinking and anti-social behaviour were significant problems in the area. He has built exceptionally strong relationships within the partnership, resulting in a great example of multi-agency working and ensuring that different strands of work being undertaken in the area were brought together and built into CAP from the start.”

Amber Rudd, MP for Hastings and Rye, said: "The Ore Community Alcohol Partnership is educating people about the serious effects of consuming alcohol at a young age. As well as making a valuable contribution to tackling the abuse of alcohol in our community this will help to reduce crime and anti-social behaviour. The initative was launched thanks to the dedication of John Whittington at Hastings Borough Council. I would like to join CAP in paying tribute to John for his work."