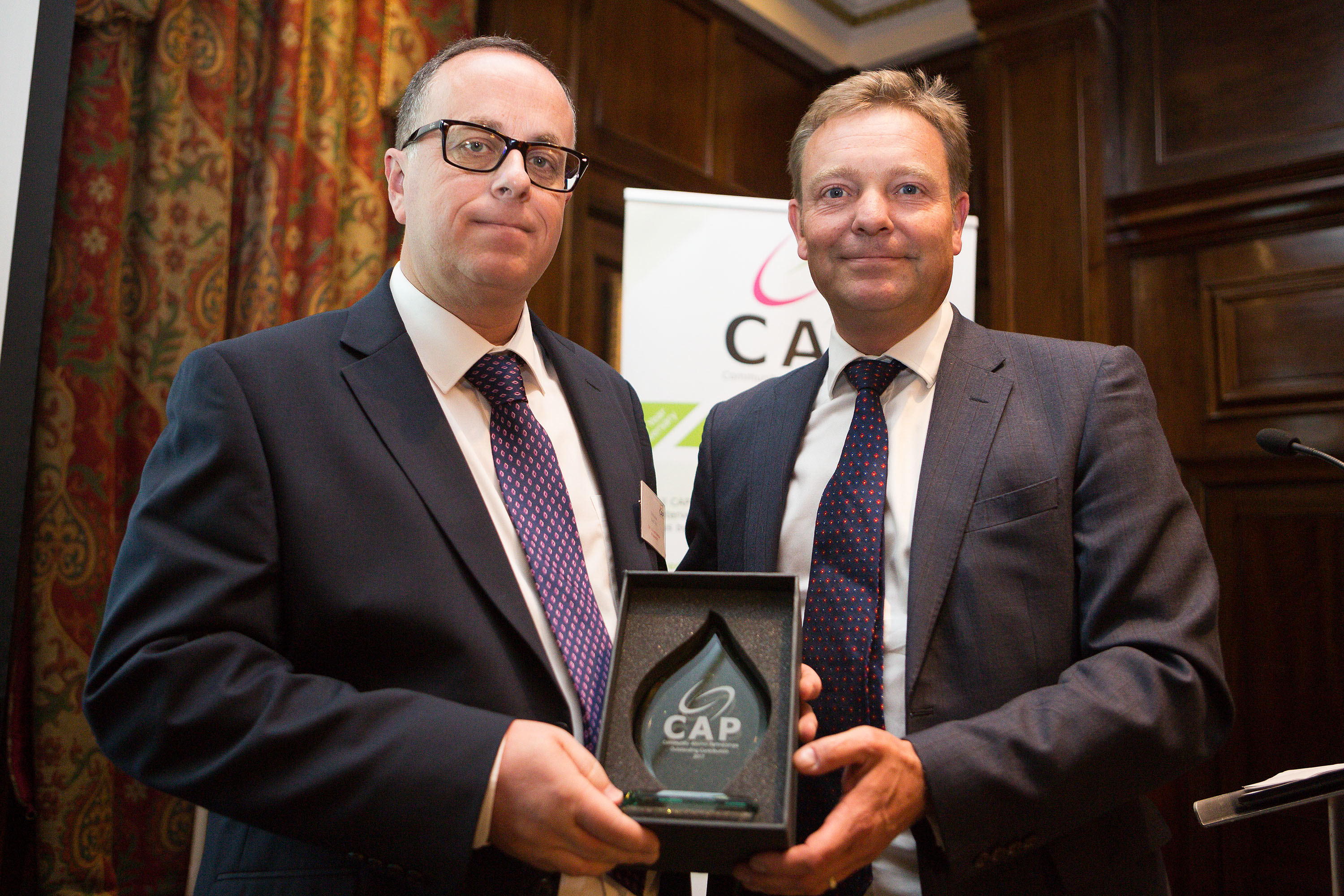 He received the Community Alcohol Partnerships (CAP) Award for Outstanding Contribution from Craig Mackinlay MP for South Thanet at the Westminster launch of the CAP 2017 Impact Report on October 10.

Craig Mackinlay said: “I am delighted that Neil Butcher of Kent Trading Standards has won the Community Alcohol Partnership Award for his Outstanding Contribution.  I’ve seen first-hand how tirelessly Neil has worked to launch new CAPs in Ramsgate and Broadstairs this year, signing up businesses and schools and bringing together a wide range of partners, including local councils, police, fire and rescue services, schools, retailers and the community, all working to tackle underage drinking and associated anti-social behaviour in the area. In the run-up to the launch, over 400 pupils aged 14-17 were surveyed regarding their drinking habits, revealing that a quarter of them had been drunk in the previous four weeks. Neil’s determination to combat this is outstanding.”