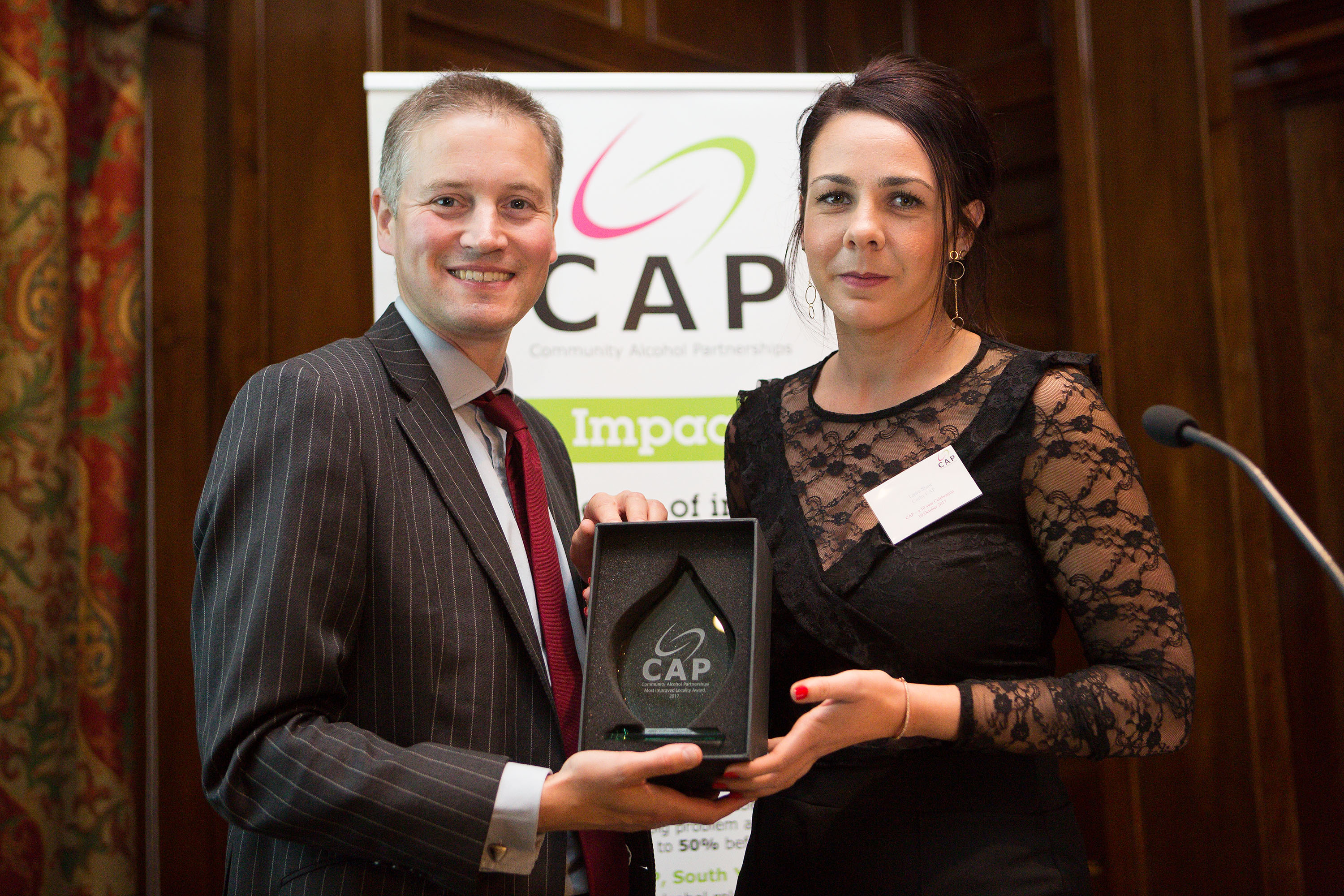 The Community Alcohol Partnership (CAP) in Corby has won a national award for its work tackling underage drinking.

Laura Shaw of Corby Borough Council received the CAP Award for Most Improved Locality from James Lowman, Chief Executive of the Association of Convenience Stores, at the Westminster launch of the CAP 2017 Impact Report on October 10.

James Lowman said: “Corby recorded the highest reductions in anti-social behaviour last year across Northamptonshire and much of the credit for this must go to the work of Corby CAP and in particular, Karen Pentin and Laura Shaw.

Karen has worked tirelessly with retailers, building links and increasing their understanding of their responsibilities for the sale of alcohol, while Laura has delivered a wide range of alcohol education in secondary schools across Corby. It’s clear that CAP is making a real and lasting difference to young people and the communities where they live.”