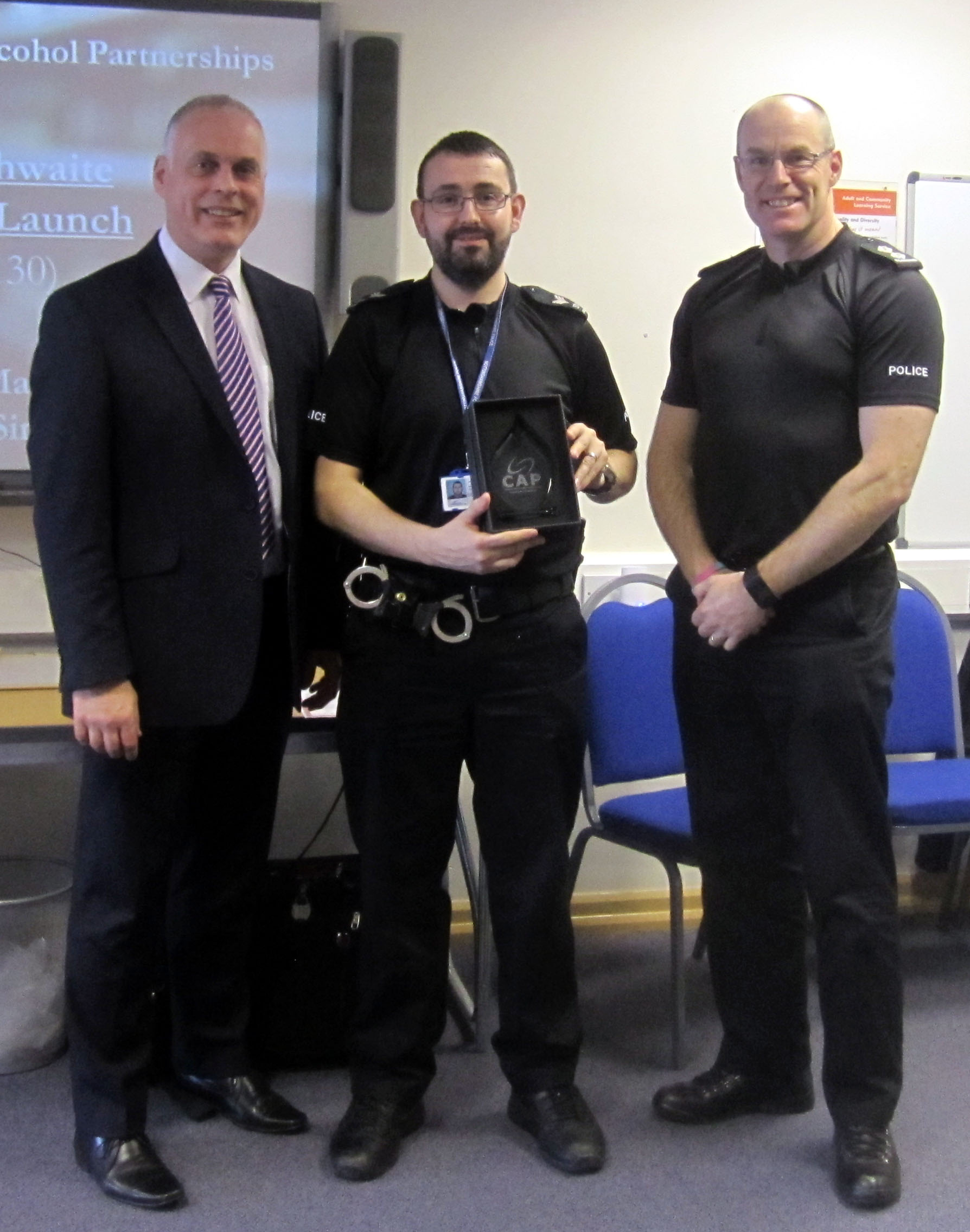 Sgt Martin Severn from Nottinghamshire Police has received a national award for his work tackling underage drinking in Sutton in Ashfield and Huthwaite. (Pictured here with Inspector Glenn Longden (right) and Alan Simpson, Community Alcohol Partnerships Officer (left), at the Huthwaite CAP Launch at the All Saints Community Centre in Huthwaite on March 24, 2017.)

He received a Community Alcohol Partnership (CAP) Award of Excellence for his work in setting up, chairing and coordinating the Sutton in Ashfield CAP and setting up a new CAP in Huthwaite.

CAPs are made up of partnerships between retailers, local authorities, police, schools, neighbourhood groups and health providers, working together to empower communities to tackle alcohol-related harm to young people and improve the quality of life for residents.

They aim to reduce the sale of alcohol to young people, advise them on the dangers of drinking and provide alcohol-free activities through youth services and local charities. 130 CAPs have now been set up across the country and have had outstanding impacts on local crime, anti-social behaviour, litter, feelings of safety and reductions in underage purchasing of alcohol.

Sgt Severn said: “Underage drinking happens everywhere and working to reduce it helps to create better, safer and friendlier neighbourhoods. We think everyone in the area will benefit from the work we are planning.

“We have been running a CAP in Sutton for the past couple of years and it has made a noticeable difference; retailers are more aware of the issues of underage drinking and proxy purchasing, whilst resident surveys have shown reductions in the number of people who feel underage drinking is a problem and also those who feel unsafe as a result of such behaviour.”

CAP Chair Derek Lewis said: "I am delighted to see the launch of a Community Alcohol Partnership (CAP) in Huthwaite. Community Alcohol Partnerships are a tried and tested way of driving down underage drinking and creating better, safer and friendlier neighbourhoods. Locally tailored partnerships, that recognise that retailers and licensees are an important part of the solution, have been shown to be highly effective in driving down alcohol harm to young people.”