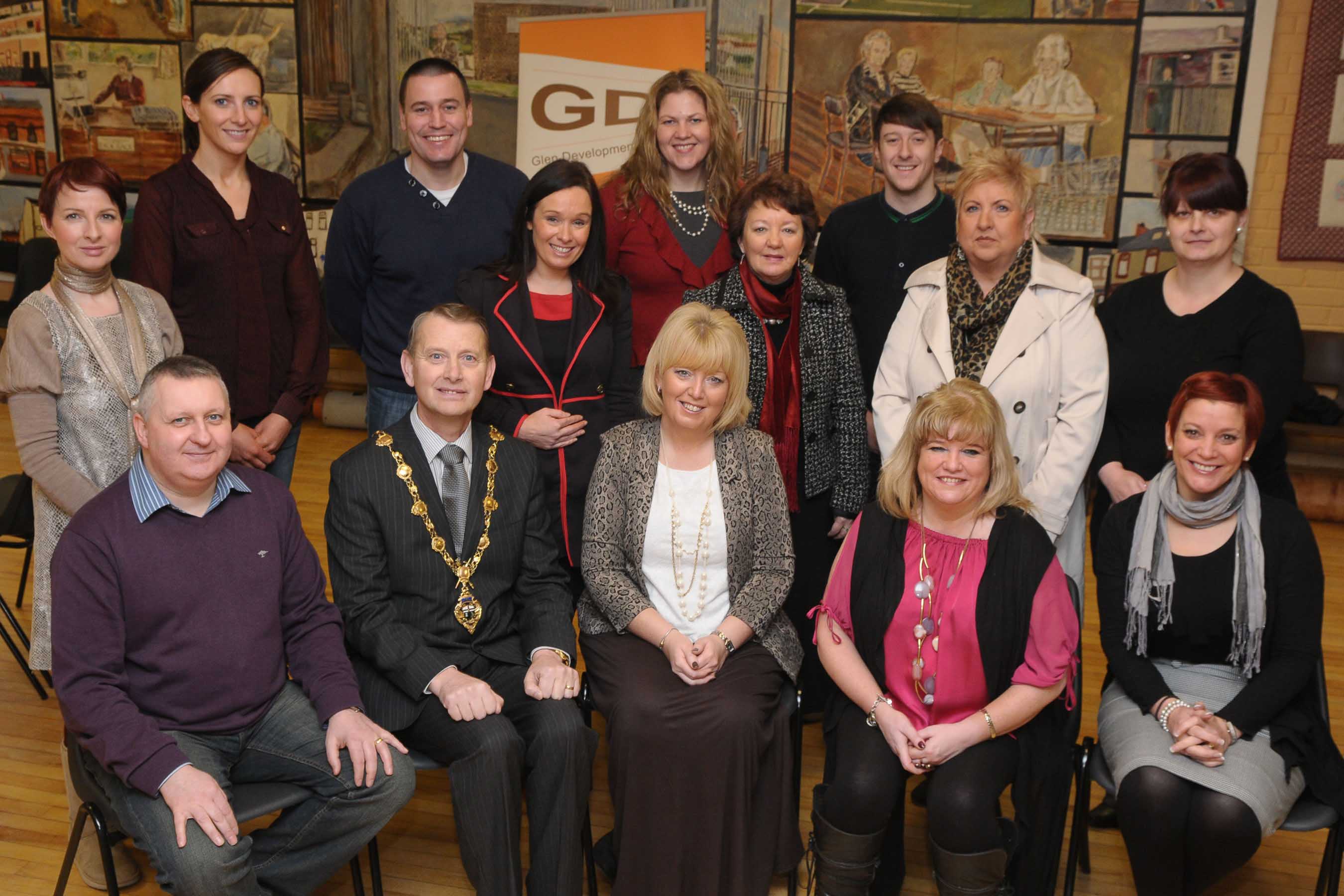 Community champion, Baroness Newlove, is visiting Derry this week in her role as Chair of Community Alcohol Partnerships. She’s in the City to visit the Challenging Underage Drinking Initiative, the Derry version of the Community Alcohol Partnership scheme, launched last year in order to tackle under-age drinking and anti-social behaviour.
The visit comes as the scheme announced results of the interim evaluation which shows the major impact it had during 2011 on underage drinking and related anti-social behaviour in the Creggan, Rosemount, Beechwood and Glen areas of the city.
The interim report outlines that over the period May – Sept 2011, compared to the same period in 2010:
• Reports of alcohol related incidents where youths were causing annoyance dropped by 50%
• Referrals to youth diversion officers dropped by nearly 50% for the full year
• Reports of rowdiness and nuisance dropped by 31%
The Derry CAP unites a collection of local community groups and works alongside Statutory Agencies and local alcohol retailers. It was the first scheme of this kind to launch in Northern Ireland and is one of 41 operational schemes across the UK, which are funded by alcohol retailers and producers.
Baroness Newlove, who is the UK Government's Champion for Active Safer Communities, was invited to Northern Ireland to discuss her report “Our Vision for Safe and Active Communities”, which aims to tackle anti-social behaviour through community action. She met with First Minister Peter Robinson in Belfast on Wednesday to discuss the report and anti-social behaviour issues more widely.
Speaking on the visit, Baroness Newlove said:
“I wanted to come and see for myself the outstanding effect this project is having on the quality of life for Derry people. This initiative is an excellent model for how local communities can pull together and tackle the serious issues they face, such as underage drinking and anti-social behaviour.“
“I applaud the energy and determination of the public, to help solve their problems by coming up with a local solution.
“It’s clear that the project is really making a difference to the local people here and we can learn a lot from its success as we look to roll out Community Alcohol Partnerships further across the province.”
Karen Philips, the Project Manager from Derry City Council added:
“We are delighted to welcome Baroness Newlove to Derry to show her the significant improvements the Community Alcohol Partnership has made over the past year. The interim report shows that the Partnership in Derry is making real progress.  We recognise that there is still much to do in order to tackle this important issue and will continue to work together in order to progress the project.”
- ENDS -
FURTHER INFORMATION
Baroness Newlove and CAP stakeholders will be taking part in a media call Morning of January 13th which will include photos and a short press conference.
Due to time constraints, Baroness Newlove will not be available for individual bilateral interviews, however, Karen Philips, the Derry Challenging Underage Drinking Project Manager, will be available for interview.
For more information please contact Gavin Partington:
Tel: +44 (0) 20 7089 3876
Mob: +44 (0) 7966 014058
Email: [email protected]

For press queries relating to Derry City Council, please contact Adele McCourt on 02871376504
NOTES TO EDITORS
Baroness Newlove is a community campaigner based in the North West. She was made a peer in July 2010 to be the victims’ voice in Parliament and to encourage people to work together to create better, safer and friendlier neighbourhoods. Since the murder by a drunken gang of teenagers in front of his children of her husband Garry in 2007, she has worked tirelessly to make communities safer.
Community Alcohol Partnerships:
Community Alcohol Partnerships were launched in 2007 by the Retail of Alcohol Standards Group (RASG), which comprises members of the Wine and Spirit Trade Association (WSTA), British Retail Consortium (BRC) and the Association of Convenience Stores (ACS). They have been endorsed by the Home Office for several years. Henceforward CAPs will operate under the auspices of a new limited company Community Alcohol Partnerships Limited, which is a subsidiary of the WSTA. The WSTA will continue to provide all back office and management services for CAPs. The additional funding for CAP is coming from retailers and drinks producers. The cash will support staff, training and materials as part of the plan to expand the number of CAPs to over 100.
A full list of CAP supporters include:
Members of the Retail of Alcohol Standards Group, Association of Convenience Stores, Aldi Stores Ltd, Asda Stores Ltd, Bargain Booze Limited, Booker Premier British, Retail Consortium, BP Co-operative Group Ltd, Lidl, Marks & Spencer plc, Mills Group, Musgrave, Budgens, Londis, Wm Morrison Supermarkets plc, Nisa-Today's, One Stop Stores Limited, Sainsbury's Supermarkets Ltd, Snax 24, Tesco Stores Ltd, Total, Spar, Waitrose Ltd, Winemark
CAP Supporting Partners:
Beverage Brands, Brown Forman Bacardi, Diageo, Heineken, Molson Coors, WSTA
WTSA
The WSTA is the UK organisation for the wine and spirit industry representing over 340 companies producing, importing, transporting and selling wines and spirits. We campaign to promote the industry’s interests with governments at home and abroad. We work with our members to promote the responsible production, marketing and sale of alcohol.