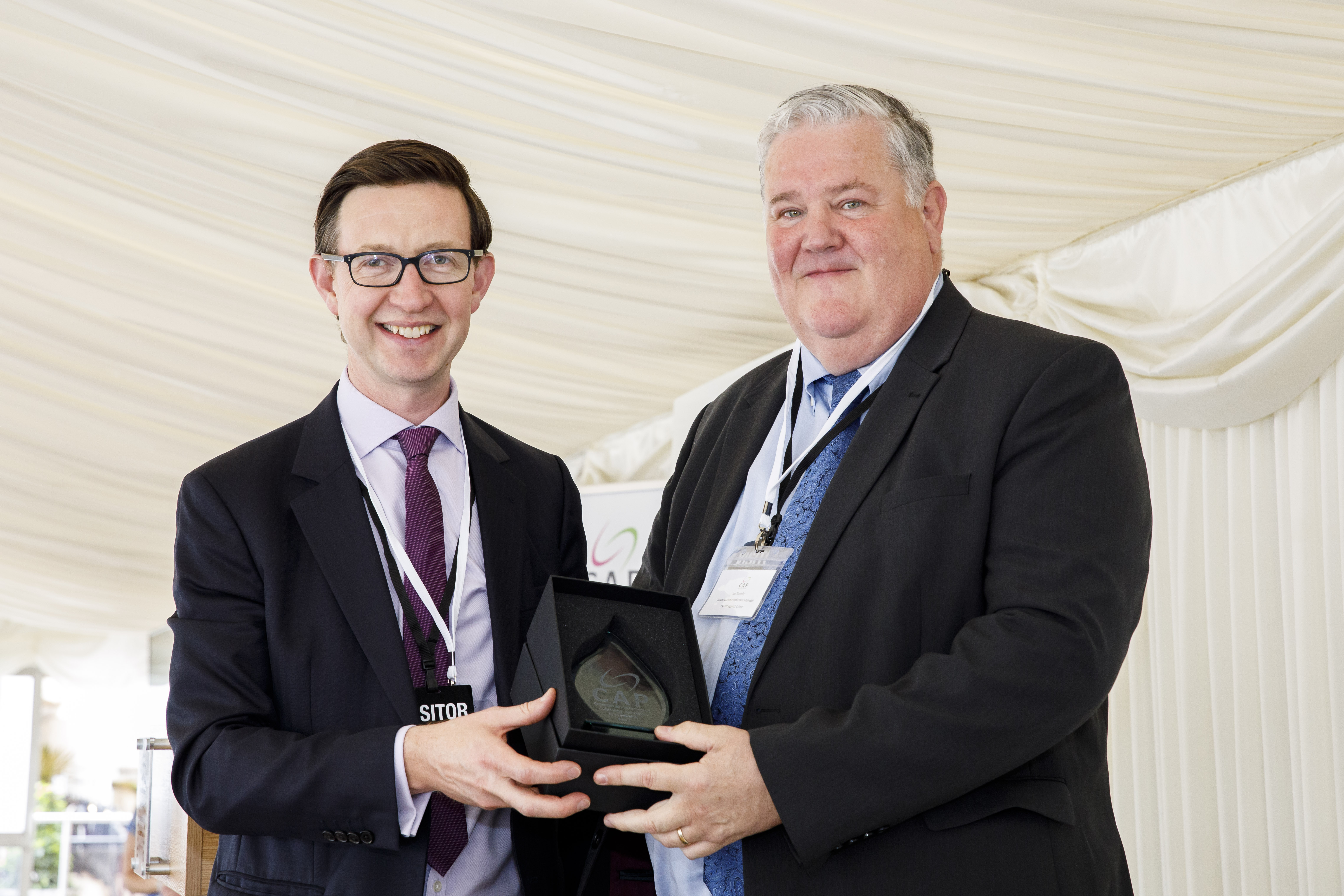 It was presented by Miles Beale, Chief Executive of the Wine and Spirit Trade Association.  He said: “I am delighted to present this award for work in reaching out to 18-25 year olds to Cardiff CAP, which has worked so hard to reduce anti-social behaviour, alcohol-related violence and health risks from high levels of intoxication among students.

The Cardiff CAP was set up in 2018 - the first to address alcohol use in the student population - working alongside the universities and college, students' unions, police, Cardiff Council, the Cardiff and Vale Local Public Health Team and the night-time economy.

Cardiff CAP is a fantastic example of the power of partnership to bring together and build a fantastic range of resources, training and support to encourage the positive health and wellbeing of its student population.  Many congratulations to Cardiff CAP.”

CAP Director Kate Winstanley says: “I’m delighted that in CAP areas around the country we are seeing such sustained reductions in regular drinking and anti-social behaviour among young people.  CAPs are having a significant impact on reducing children’s alcohol consumption, improving their health and wellbeing and enhancing the communities where they live.”

A vital part of the CAP’s work has been engaging with young people, getting them involved in the campaign and building their trust. The CAP held engagement nights with local young people to discuss the issue of underage drinking and anti-social behaviour. They told us there was nothing for them to do – the community centre had no funding, access to the sports field had been cut off and there were very few facilities for young people. So far CAP has held community events, reopened access to the sports field, cleared the discussed BMX track and held street art sessions. Working hard to engage with this traditionally difficult-to-reach group has been key to our success.