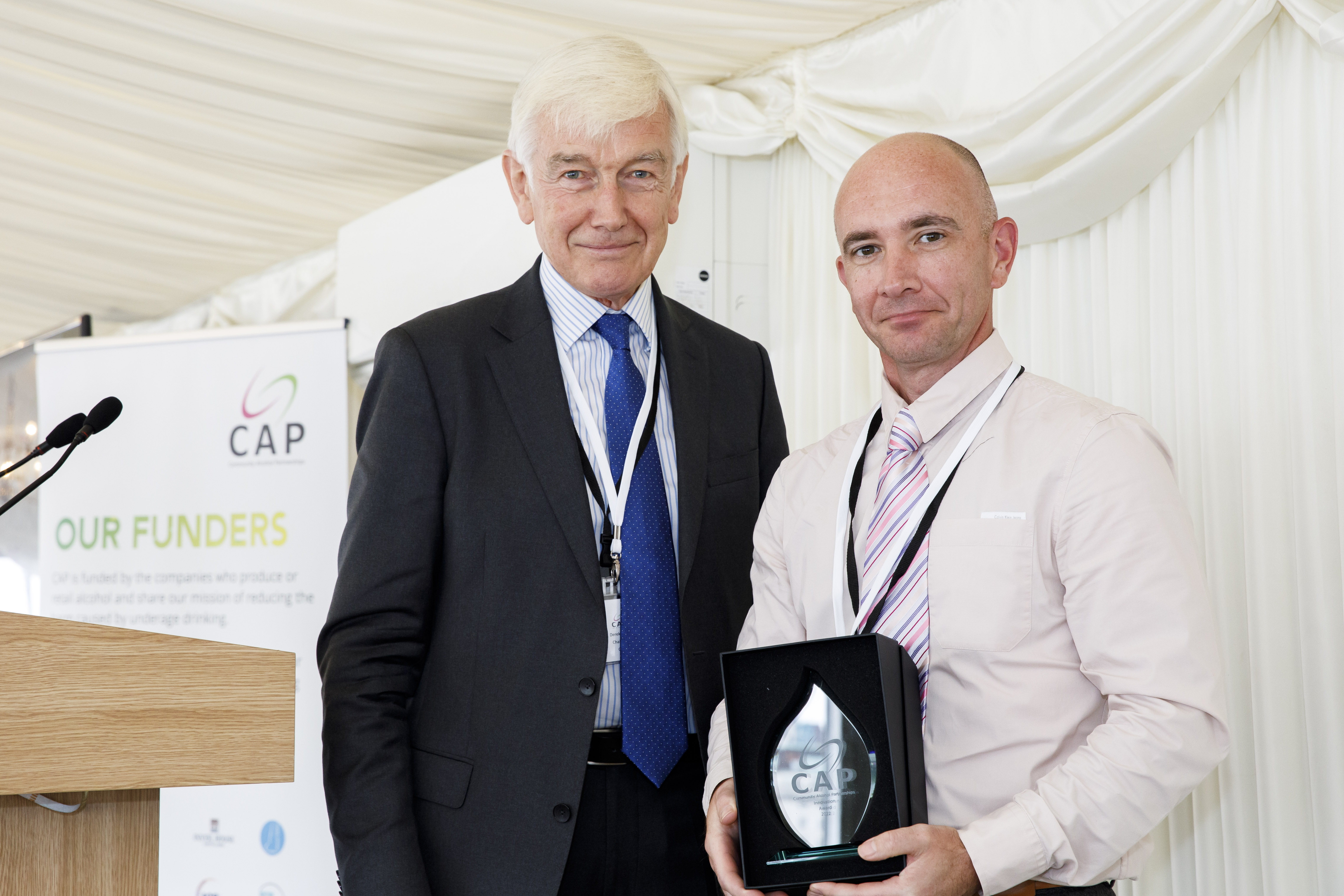 Sgt Dan Smith of Norfolk Police has won a national award for his work tackling underage drinking and promoting the health and wellbeing of young people in Great Yarmouth.

He received the special Chairman’s Award from Derek Lewis, Chair of Community Alcohol Partnerships (CAP) at a CAP celebration event at Westminster on June 6. Derek Lewis said: “Over the last 10 years Sgt Smith has chaired the Great Yarmouth CAP – our longest running partnership.  The partners were keen to replicate its success in other areas of the district, and Dan helped support the launch of a second CAP in Gorleston and Bradwell.

Covid restrictions saw policing change rapidly and officers had to adapt to find new ways of tackling underage drinking and incorporating CAP work into everyday policing. The team were keen to ensure that CAP work continued and local beat managers took the lead on engagement events, getting out into the community, offering alcohol education and working to break down barriers to reach individuals and groups on the fringes of anti-social behaviour and criminality.  Police cadets also got involved in events, stencilling warning on pavements that buying alcohol for under 18s is an offence.

I’d like to applaud Dan’s unfailing commitment to CAP, his hard work to promote effective partnerships and the flexibility and determination he and his team have shown during an incredibly demanding time for policing.”

CAP Director Kate Winstanley says: “I’m delighted that in CAP areas around the country we are seeing such sustained reductions in regular drinking and anti-social behaviour among young people.  CAPs are having a significant impact on reducing children’s alcohol consumption, improving their health and wellbeing and enhancing the communities where they live.”