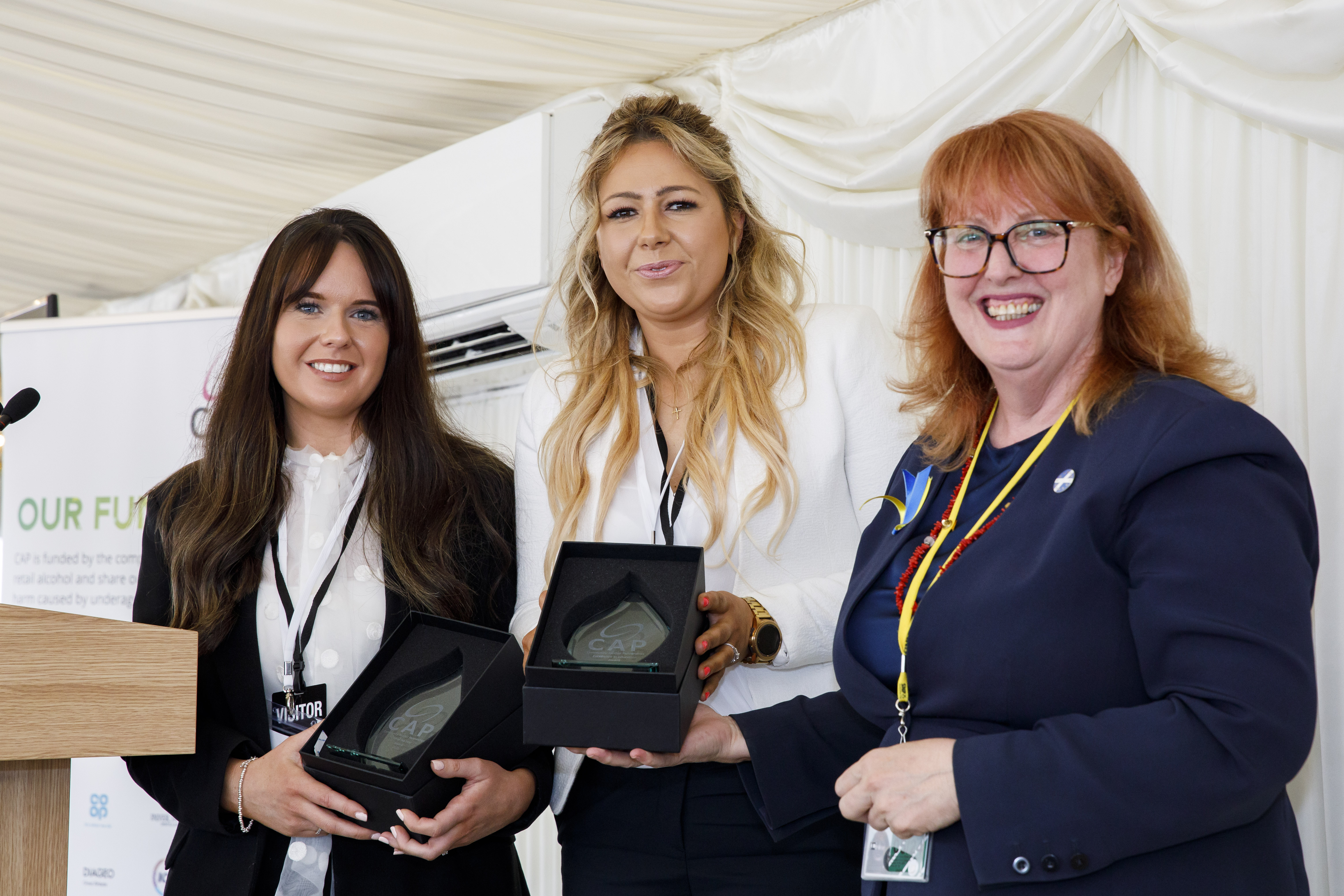 Two Police Constables who are Community Officers with Police Scotland in NE Edinburgh have won a national award for their work tackling underage drinking and promoting the health and wellbeing of local young people.

PCs Lauren Mitchell (left) and Anna Morrison (middle) each received a CAP Award for outstanding contribution by an individual at CAP’s celebration event at Westminster on June 6.

Presenting award, Deidre Brock, MP for Edinburgh North and Leith, said: “They have both done a huge amount of work to engage with local young people and warn them of the dangers and consequences of underage drinking, even giving up their rest days to continue this work.  Among many of their initiatives, I was particularly struck with their idea of placing QR codes in known drinking hotspots which encouraged youngsters to click on with their mobile phones to gain more information.

My heartfelt congratulations Lauren and Anna - you are making a real difference to young people's lives and we are very grateful to you.”

Since CAP was created 15 years ago, more than 250 schemes have been launched in England, Scotland and Wales. They bring together local stakeholders with a shared interest in preventing underage drinking and encouraging responsible drinking among young adults. CAP partnerships are made up of retailers, local authorities, police, schools, neighbourhood groups and health providers, working together to protect young people from alcohol harm.

CAP’s annual report, launched at the event, shows how this innovative partnership approach has brought significant reductions to children’s drinking, anti-social behaviour and underage sales in areas where it has created local partnerships:

· After CAP training, 98% of retailers passed a Challenge 25 compliance test – from an average baseline of 50%

CAP Director Kate Winstanley says: “I’m delighted that in CAP areas around the country we are seeing such sustained reductions in regular drinking and anti-social behaviour among young people. CAPs are having a significant impact on reducing children’s alcohol consumption, improving their health and wellbeing and enhancing the communities where they live.” CAP’s 2021/2022 annual report can be viewed here.