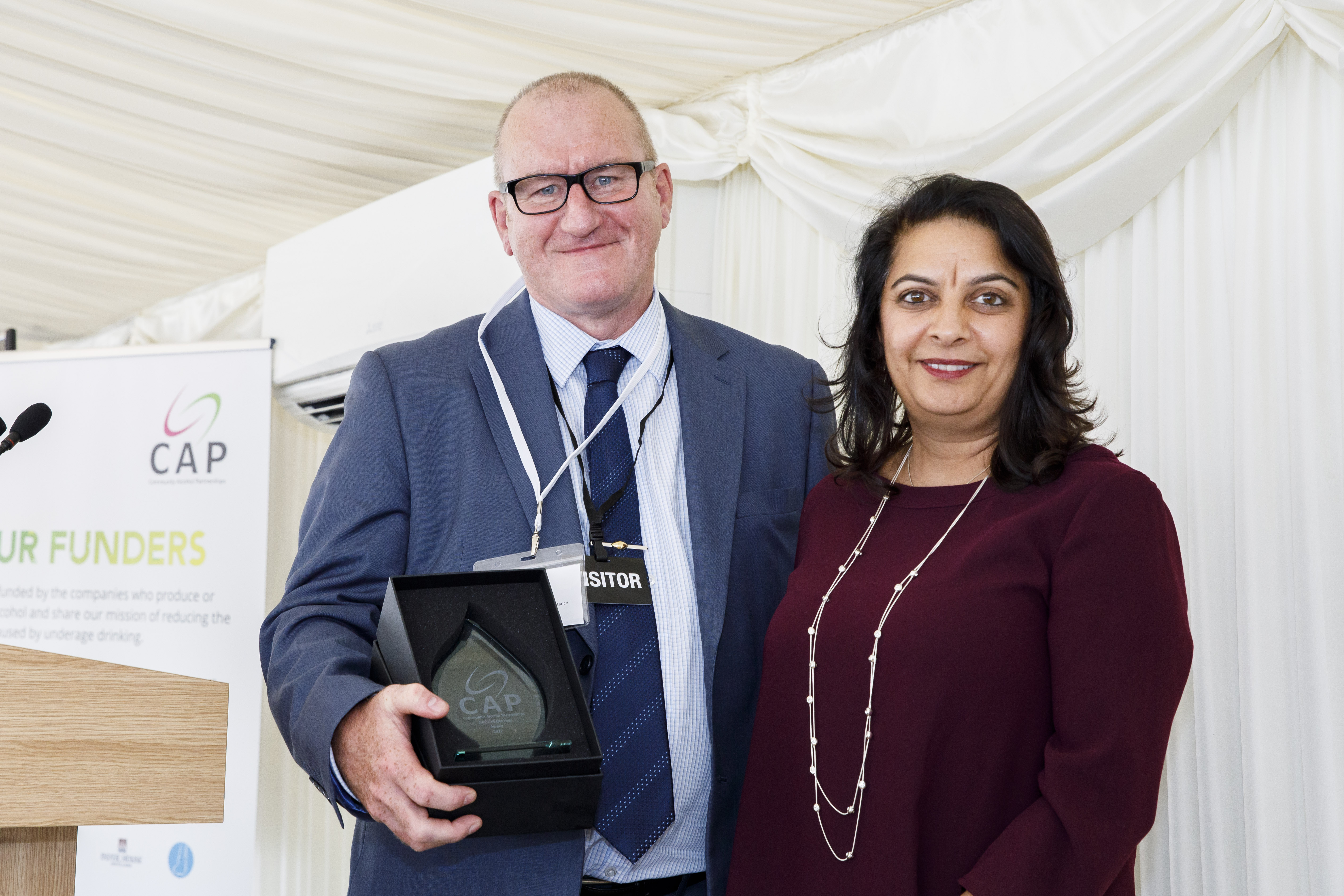 Andy Simms, who works for Spectrum CiC in Wakefield and is a key supporter of Castleford Community Alcohol Partnership, has won a national award for his work tackling underage drinking and promoting the health and wellbeing of local young people.

He received the Community Alcohol Partnership (CAP) Award for Education at CAP’s celebration event at Westminster on June 6.

Presenting the award, Hardish Purewal, Licensing Manager at Tesco, chair of the Retail of Alcohol Standards Group and CAP Director, said: “Andy has created a version of the board game Monopoly but with a novel twist. Instead of buying and selling property, players are focused on the theme of alcohol awareness and education. It also has group discussion cards and true or false cards which are particularly useful in classroom situations to stimulate debate and discussion. To create the board game, Andy used his extensive knowledge of the subject matter, identified external funding and liaised with game manufacturers. It will be distributed to all secondary schools in Wakefield. I think this is a great example of CAP’s innovative approach to alcohol education – well done Andy.”

Yvette Cooper, MP for Normanton, Pontefract and Castleford, also sent a message of support and congratulations to Andy Simms.

CAP Director Kate Winstanley says: “I’m delighted that in CAP areas around the country we are seeing such sustained reductions in regular drinking and anti-social behaviour among young people. CAPs are having a significant impact on reducing children’s alcohol consumption, improving their health and wellbeing and enhancing the communities where they live.”