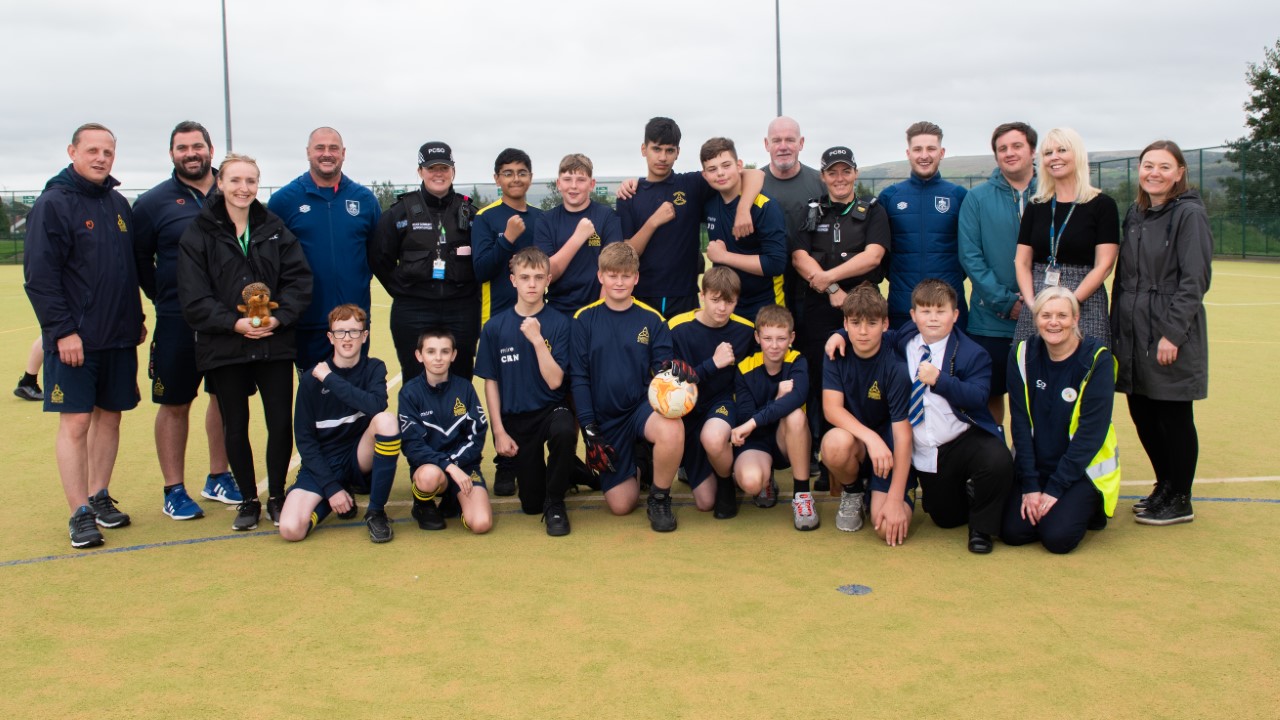 Sam McConnell, from the Trading Standards team at Lancashire County Council, along with Blessed Trinity Assistant Headteacher Helen Nolan, came up with the idea as a way of bringing pupils together again through their love of sport after so much was stopped due to Covid.

The Police, Beat the Street and Burnley Football in the Community were also on hand to offer advice and support to pupils who may have struggled during the pandemic.

“There is so much to shout about in Burnley and we wanted to focus on the positives and bring pupils and people together after months of staying apart,” said Helen Nolan. “The football festival was for pupils who aren’t necessarily in the school team but wanted to take part in an event again.”

Sam said: “The YCAP is a panel which includes Helen, who represents schools in Burnley, Children and Family Well-being Services, Youth Services, the Police, Calico, Drugs and Alcohol Services and more and it focuses on youth and concerns such as alcohol and anti-social behaviour and trying to raise awareness of these.”

Blessed Trinity’s Head of Year 9 and teacher of PE Mr Kelly organised the festival and said: “Covid has ripped communities apart and places like Burnley have suffered the most. For 18 months, kids have been limited to what they can do and it has had a massive impact on them. So, this festival of football was Helen Nolan’s idea to start bringing the community together again by playing sport.”

Burnley Tesco provided some much-needed refreshments and Burnley FC In the Community’s Lee Adams, the Youth Services Manager, distributed leaflets about the events they put on along with Disability Programme Co-ordinator Harry Pate.

He said: “It shows the range of events we have on offer to the young people of Burnley.” Police Community Support Officer Rachel Lonsdale added: “It’s a good chance with us to engage with young people in a friendly environment.”

Alexis Turner was also present from Beat the Street, the initiative from Burnley Together and the Canal and River Trust, which is encouraging people to explore Burnley.

Every pupil received a certificate for taking part in the football festival and they hope to organise another next year.