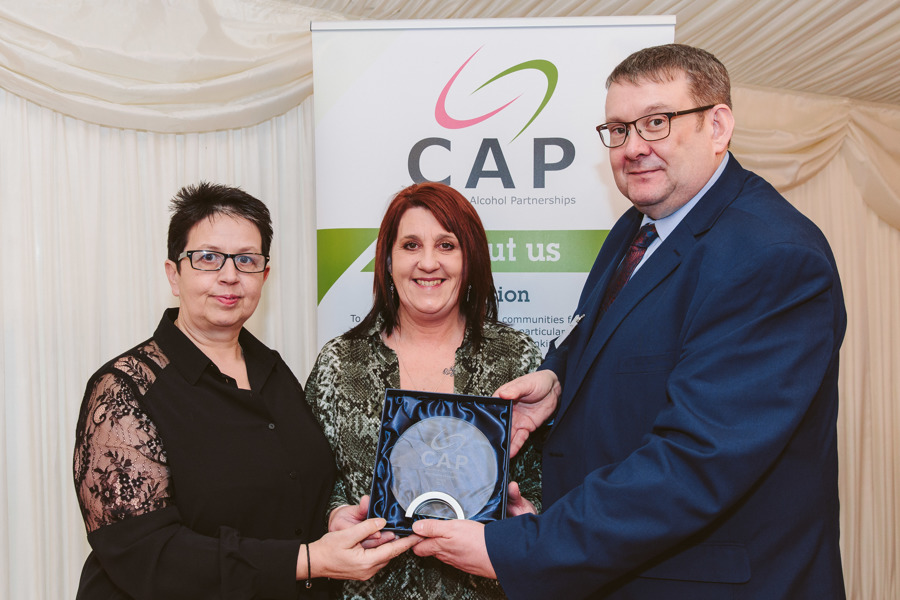 Copeland Community Alcohol Partnership (CAP) has won a national award for its work tackling underage drinking. Tracy McFadden of Egremont Youth Partnership and Colette Harrison of Cumbria Police received the CAP Most Improved Locality Award from Andrew Leaper, CAP Board member and Retail Health and Safety Manager at The Co-operative Group, at the annual CAP celebration at the House of Lords on January 29.

Andrew Leaper said: ”A major issue for Copeland CAP was Egremont Crab Fair, a traditional annual event that in recent years has attracted a large number of youths whose drunkenness and anti-social behaviour gave the Fair a bad reputation, spoilt visitors’ enjoyment and took up police resources. CAP partners came up with a range of proactive actions before and during the event with the result that hardly any alcohol was seized from young people and there were no serious anti-social behaviour issues. Businesses, residents and visiting families welcomed CAP’s actions in making the Crab Fair a safe and enjoyable event. Many congratulations to Copeland CAP.”