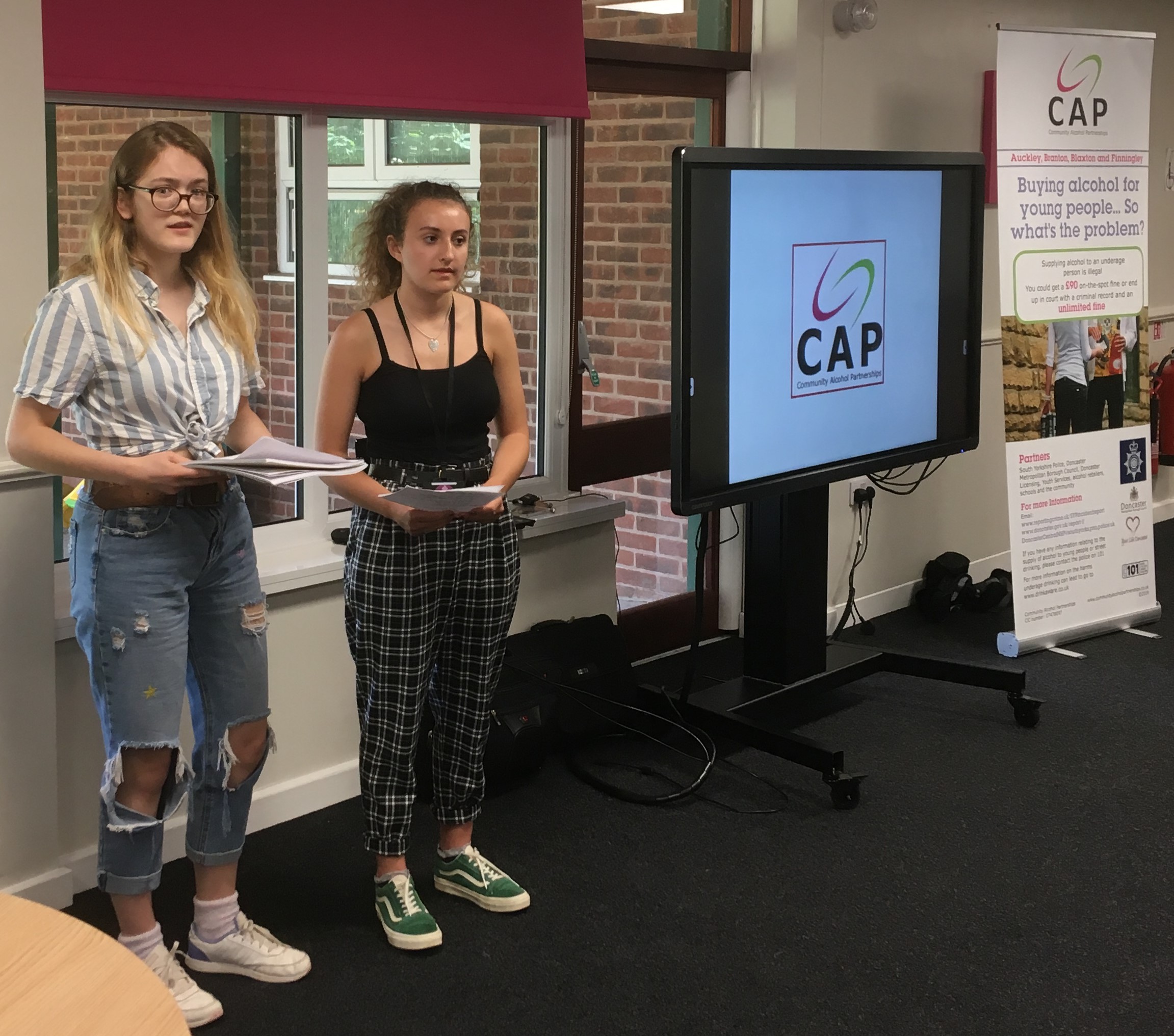 A meeting this week to launch the Auckley, Blaxton, Branton and Finningley Community Alcohol Partnership (CAP) raised concerns over the lack of facilities for teenagers and called for more activities to be made available.

The partnership was introduced after concerns were raised with police about levels of nuisance behaviour in the villages, with a questionnaire revealing around 67 per cent of those responded had concerns about alcohol related litter, young people under 18 drinking in public, and young people hanging around shops and asking people to buy drink for them.

The CAP was launched at The Zone in Auckley on July 11. Caroline Flint, MP for Don Valley, went along to the launch, together with Inspector Liam Walters (CAP Co-ordinator), Jennifer Worthington of Auckley Parish Council, Liam Amos of Blakemore Retail and Chief Inspector Lynne Lancaster, alongside representatives of Doncaster Council, South Yorkshire Fire and Rescue Service and Expect Youth. Other CAP partners include the Co-op, Hayfield School and The New College. Local teenagers Alexia Lovell and Alannah White, who are members of the Doncaster Youth Forum also attended the meeting – and said more facilities were needed for young people.

Alan Simpson, the area co-ordinator for the CAP, said the CAP planned to work with retailers to make it more difficult for youngsters to get hold of alcohol, with enforcement action if problems persist. The CAP would also be working closely with young people to engage them in alcohol-free activities – and would take good note of the feedback provided by Alexia and Alannah.

Finningley ward councillor Steve Cox said he had received complaints about nuisance youth behaviour in the area. He added that plans were already in place for a multi-use games area on Hayfield Lane, but agreed that more facilities were needed for young people.