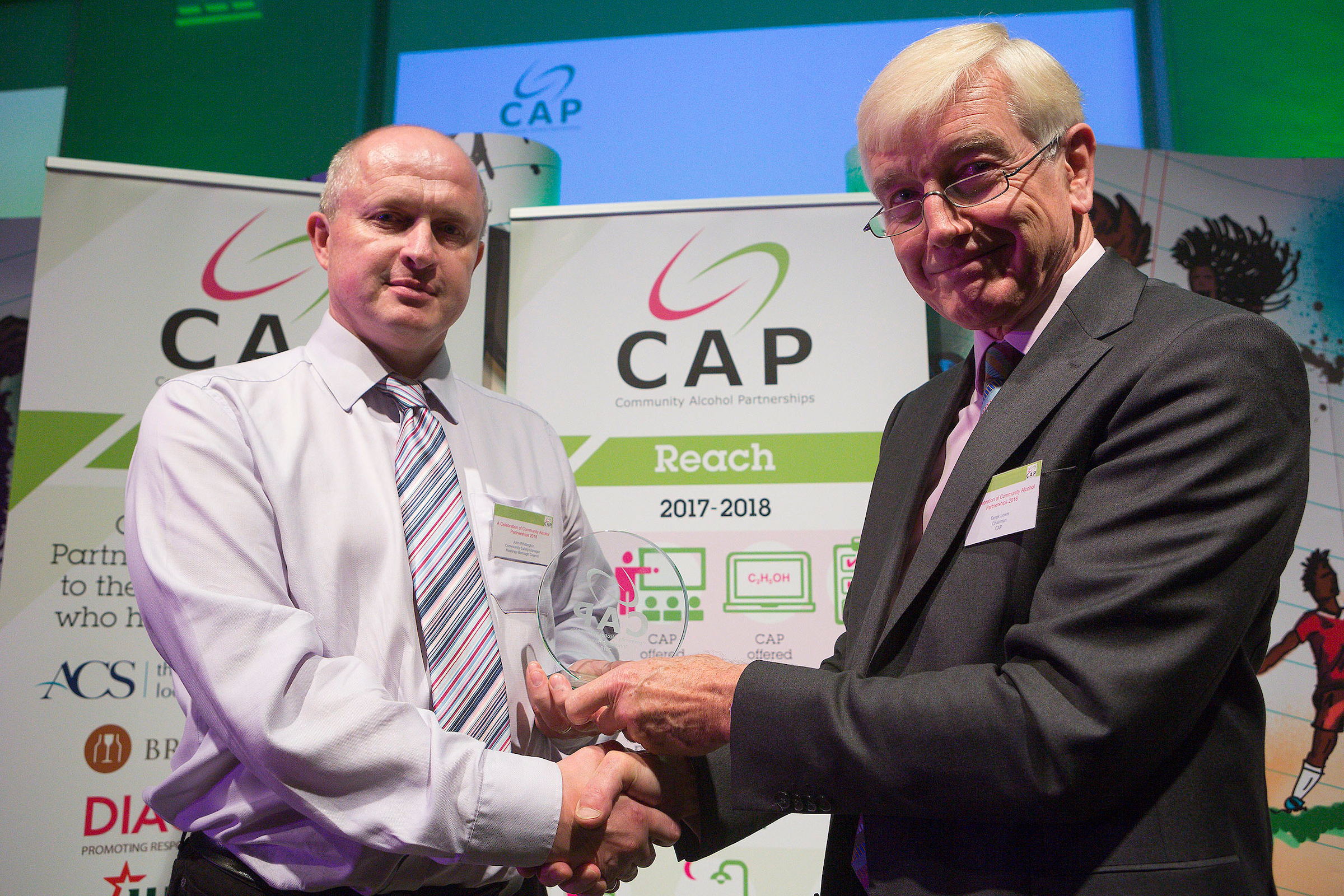 John Whittington, Community Safety Manager at Hastings Borough Council, has received the Community Alcohol Partnerships (CAP) award for innovation for his work tackling underage drinking.  He received the award from CAP chair Derek Lewis at the annual CAP celebration event which this year took place at the Welsh Assembly.

Derek Lewis said: “The Hastings Ore CAP has taken an innovative, multi-agency approach to reducing underage drinking and anti-social behavior, including working closely with local schools, inviting students to its meetings and encouraging take up of the Royal Society of Public Health Young Health Champions scheme.  Of particular note is its work with East Sussex Public Health, which commissioned a social marketing intervention called Think Again Now which aimed to tackle parental supply of alcohol. Pre and post evaluations showed it successfully increased parents’ knowledge of the facts relating to alcohol harm and debunked many myths about supplying alcohol to children. John has been the driving force behind the CAP’s success in Hastings, Ore, and I am delighted to present him with this award.”

Derek Lewis added: “In spite of welcome evidence that fewer young people are drinking alcohol, British children are still more likely to binge drink and get drunk than children in most other European countries. Regular and/or excessive drinking can be seriously damaging to their health and development while increasing the risk of excessive consumption in later life. CAPs offer an evidence based, proportionate and locally tailored response to underage alcohol problems.”

A vital part of the CAP’s work has been engaging with young people, getting them involved in the campaign and building their trust. The CAP held engagement nights with local young people to discuss the issue of underage drinking and anti-social behaviour. They told us there was nothing for them to do – the community centre had no funding, access to the sports field had been cut off and there were very few facilities for young people. So far CAP has held community events, reopened access to the sports field, cleared the discussed BMX track and held street art sessions. Working hard to engage with this traditionally difficult-to-reach group has been key to our success.