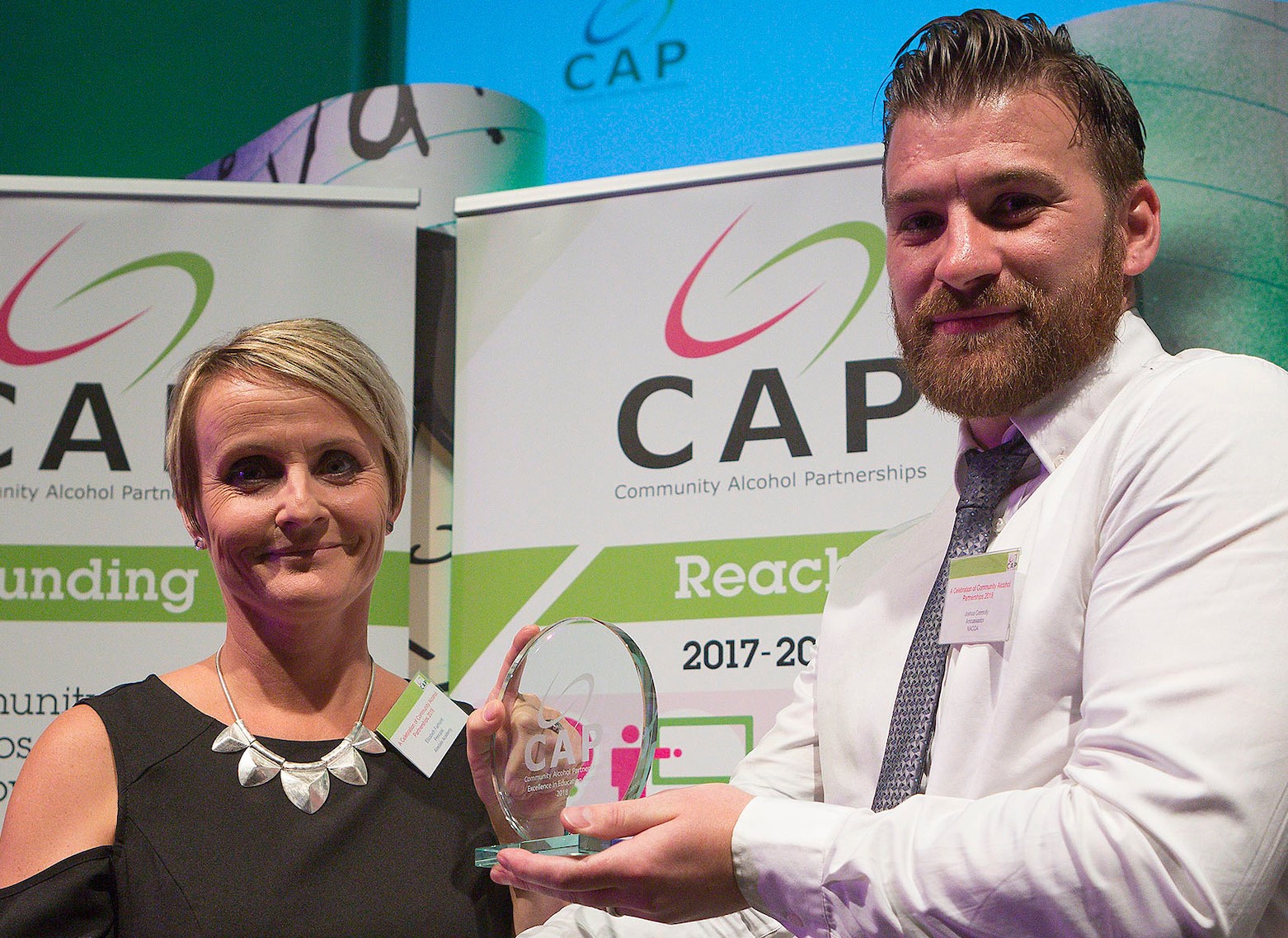 Elizabeth Fairhurst, Principal of the Airedale Academy in Castleford, has received the Community Alcohol Partnerships (CAP) award for excellence in education. She received the award from Josh Connolly, Ambassador for the National Association of Children of Alcoholics, at the annual CAP celebration event which this year took place on October 9 at the Welsh Assembly.

Josh Connolly said: “Alcohol education is an integral part of CAP and it is fantastic to see the interactive approach that the Airedale Academy takes. It sets students the challenge of developing and creating a piece of theatre as part of their coursework and each year the students have chosen themes linking to alcohol misuse. They research the subject with the help of CAP partners including Spectrum Community Health CIC, the Neighbourhood Policing Team and by talking to residents of a local rehab facility.  In addition, the school organises a huge range of events and activities relating to alcohol misuse. Weekly drinking levels for 13,14 and 15 year olds show a huge reduction, from 31.45% in 2016 to 7.31% in 2018. And its impact is far-reaching: it is part of Northern Ambition Academies Trust so a lot of its work feeds across to three other local schools, where many younger siblings are educated. Many congratulations to Airedale Academy!”

Andy Simms of Spectrum Community Health CIC is co-ordinator of the Wakefield Central and Castleford CAPs, which work closely with Airedale Academy.  He says: “This award is so well deserved and reflects the hard work the Academy has done. Their commitment to making positive changes to young people’s lives and to the success of the partnerships shines through in everything they do.”