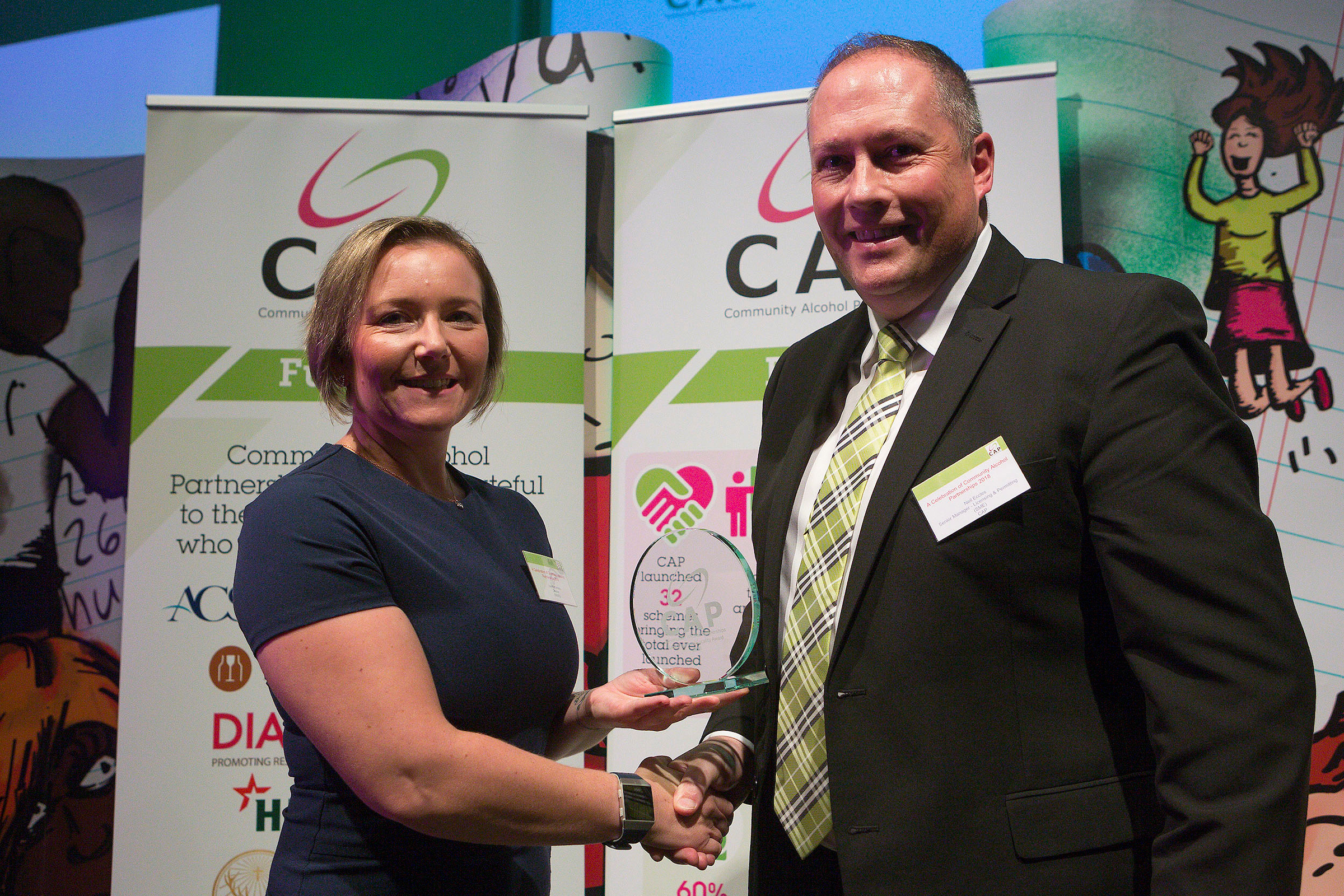 The Lancaster Community Alcohol Partnership (CAP) has received a national award for Most Improved Locality. Lisa Richardson, Director of EMUES CIC UK and co-ordinator of Lancaster CAP, received the award from Neil Eccles, a senior manager at Asda and CAP Board Member, at the annual CAP celebration event which this year took place at the Welsh Assembly.

Neil Eccles said: “The Bulk Ward estate in Lancaster is one of the most deprived areas in the North West of England, where underage drinking has been a long-standing issue. Lancaster CAP has built on its award last year for excellence in education by working closely with the community to change attitudes and behaviour, resulting in real improvements to the well-being of young people and residents. Working from its base at the Ridge Community Centre, there is very clear evidence that the CAP is having an extremely positive impact: reducing underage drinking, improving the health and well-being of residents and creating a real sense of community in the area. Congratulations to Lancaster CAP.”