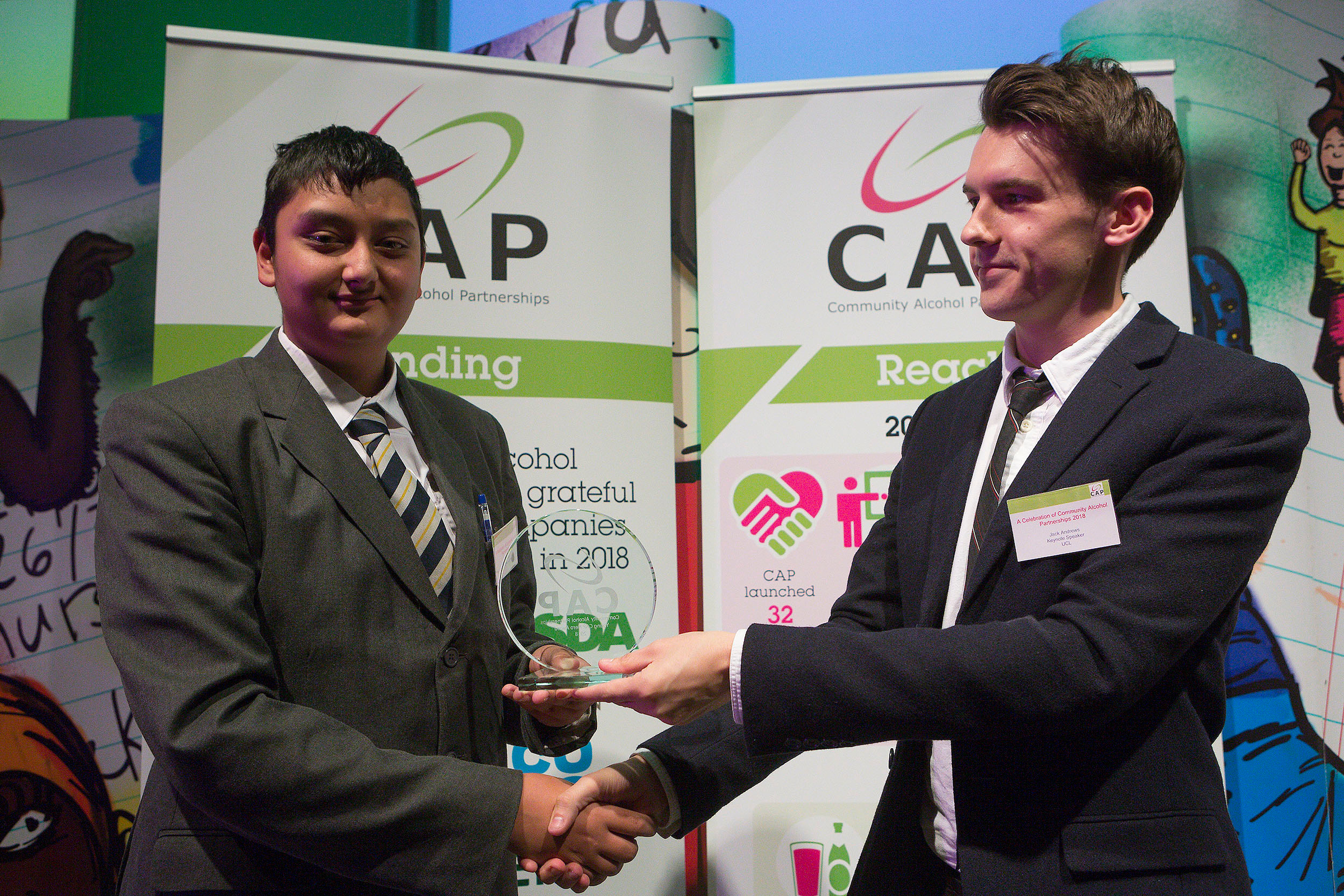 Beck Walker, a pupil at Reading School, has received the Community Alcohol Partnerships (CAP) young hero award. Beck received his award from Jack Andrews of University College London at the annual CAP celebration which this year took place at the Welsh Assembly.

Jack Andrews said: “Beck is an inspirational young leader who is passionate about health and well-being. He has motivated his peers to take part in the Young Health Champions scheme at his school, which gives young people the skills, knowledge and confidence to act a peer mentors to help other pupils improve their health and wellbeing and understand unhealthy behaviours like alcohol misuse. The scheme relies on committed students like Beck to spread the word and organise activities, workshops, events and presentations. The assistant headteacher at his school describes Beck as one of the most driven, mature and inspirational young men she has had the pleasure to work with. We’d like to second that praise with this award for our young hero. Well done Beck.”