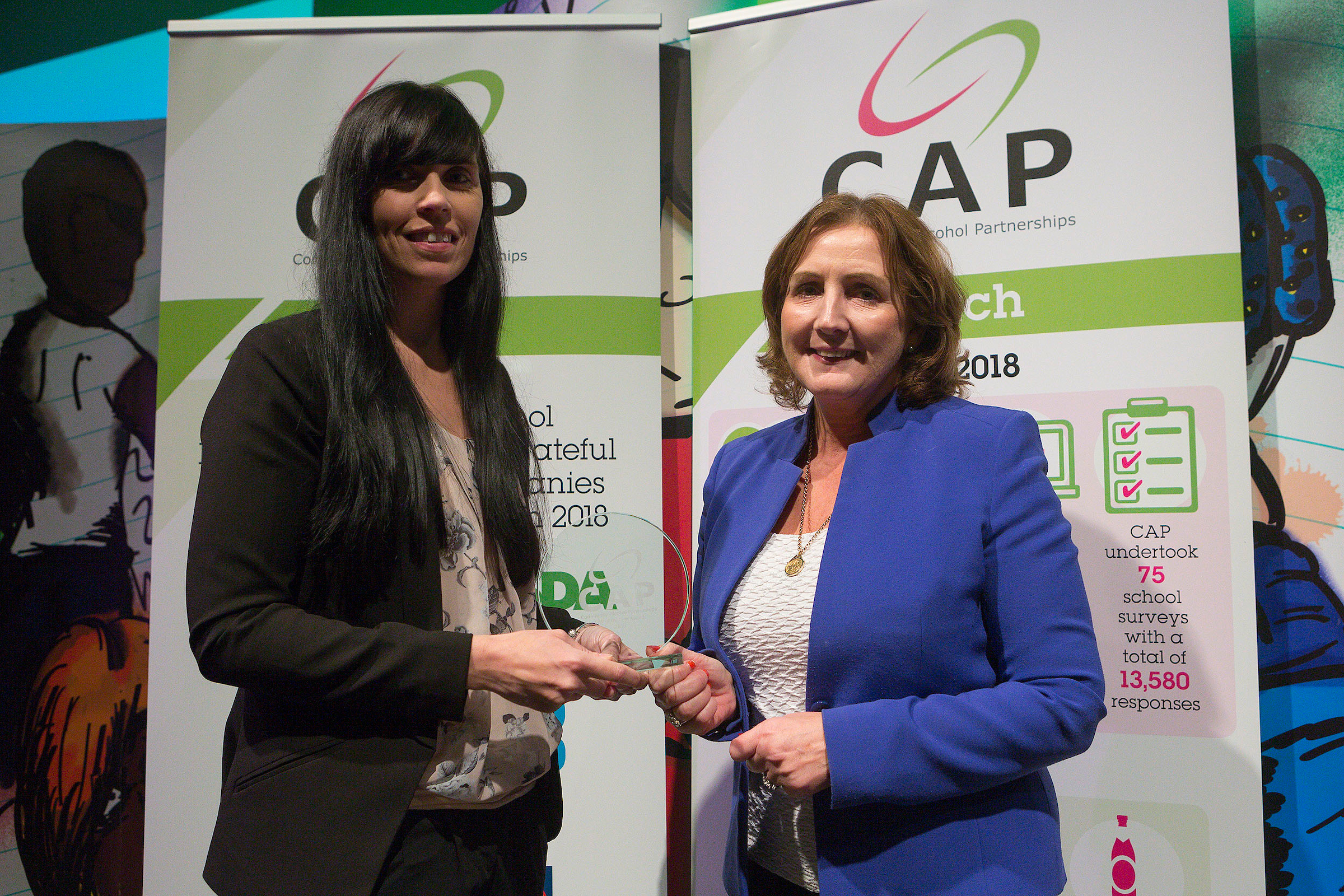 PCSO Sian Jenkins of South Wales Police received the national Community Alcohol Partnerships (CAP) CAP of the Year Award on behalf of Pontardawe CAP. She received the award from Janet Finch-Saunders AM at the annual CAP celebration which this year took place at the Welsh Assembly.

Janet Finch-Saunders AM said: “Sian has been inspirational in her enthusiasm, drive and commitment. The Pontardawe CAP has forged close relationships with retailers and licensees and seen significant reductions in attempted underage sales. It has employed innovative ways of engaging with young people and local schools are enthusiastic partners.  It has expanded that educational work to primary schools, encouraging children to think about the consequences of their actions and how they impact on the community. The CAP has been keen to improve the public’s understanding of safe drinking limits and the laws relating to the sale of alcohol to young people and has successful engaged with parents and residents with some impressive results. Resident surveys show a 29% reduction in alcohol related litter over the last two years, a 38% reduction in the number of young people being drunk and rowdy in public places and a 35% reduction in young people hanging around outside shops asking adults to buy alcohol for them. It’s a great example of what can be achieved through joined up thinking and great partnership working.”