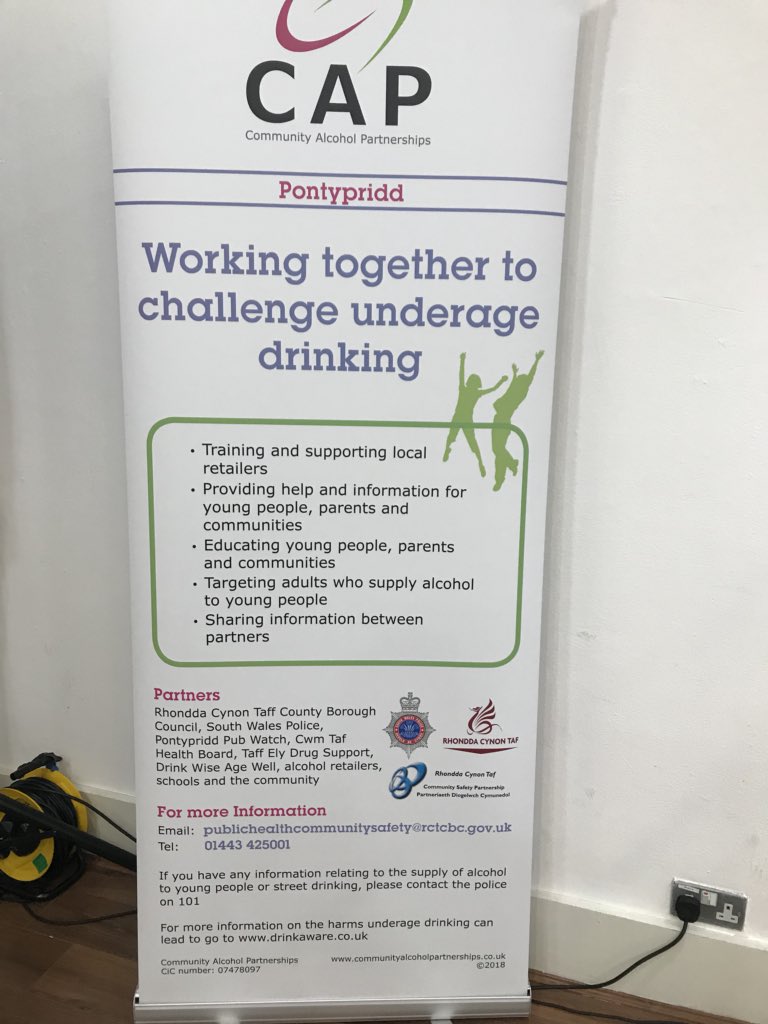 An important partnership to reduce underage drinking and associated community concerns in Porth has been such a success, it is now being introduced in Pontypridd.

Its introduction follows the positive impact of an identical CAP in Porth, which has been running for over a year and will complement measures already in place in Pontypridd, including high profile patrols and a new youth centre in Ynysangharad War Memorial Park.

Cllr Rhys Lewis, Rhondda Cynon Taf Council's Cabinet Member for Stronger Communities, Wellbeing and  Cultural Services, said after the launch: "The Council and its partner organisations have a strong tradition of effectively working together on behalf of the community.

"The Porth CAP was introduced due to increasing community and parental concerns about the risk teenagers were putting themselves at by drinking alcohol underage.

"As well as having an impact on their physical and emotional development at an important time in their lives, the alcohol consumption was also leading to dangerous behaviour, such as hanging out in derelict buildings and near train lines.

"Parents and nearby residents were rightly concerned about the impact the underage drinking was having, so we stepped in with a far-reaching plan of action which has worked so well, it is now in place in Pontypridd.

"The introduction of a second CAP in RCT is testament to our commitment to work in partnership with as many agencies as are necessary to ensure an effective response to an important issue."

Voluntary groups including those working with alcohol and substance misuse.

Many of the partner agencies were present at the Pontypridd CAP launch, which comes just weeks after the opening of a new youth centre in Ynysangharad War Memorial Park, established as a direct response to concerns about underage drinking and youths gathering in the beauty spot. Hundreds of young people have attended the youth centre so far.

The Pontypridd CAP will follow the principles of the Porth partnership, with work beginning immediately. This will include; training for staff and management of all licensed premises on how to challenge a person's age, public awareness sessions and information stands in shopping areas, patrols with police and youth engagement officers.

The partnership will actively connect with young people to find out what they want and need to ensure they spend their social time positively and this will include work in schools.

Pontypridd CAP will also celebrate its launch with a Dragon's Den style competition, sponsored by Sainsbury's in the town, allowing young people to plan an event or project in the town to divert young people from underage drinking.