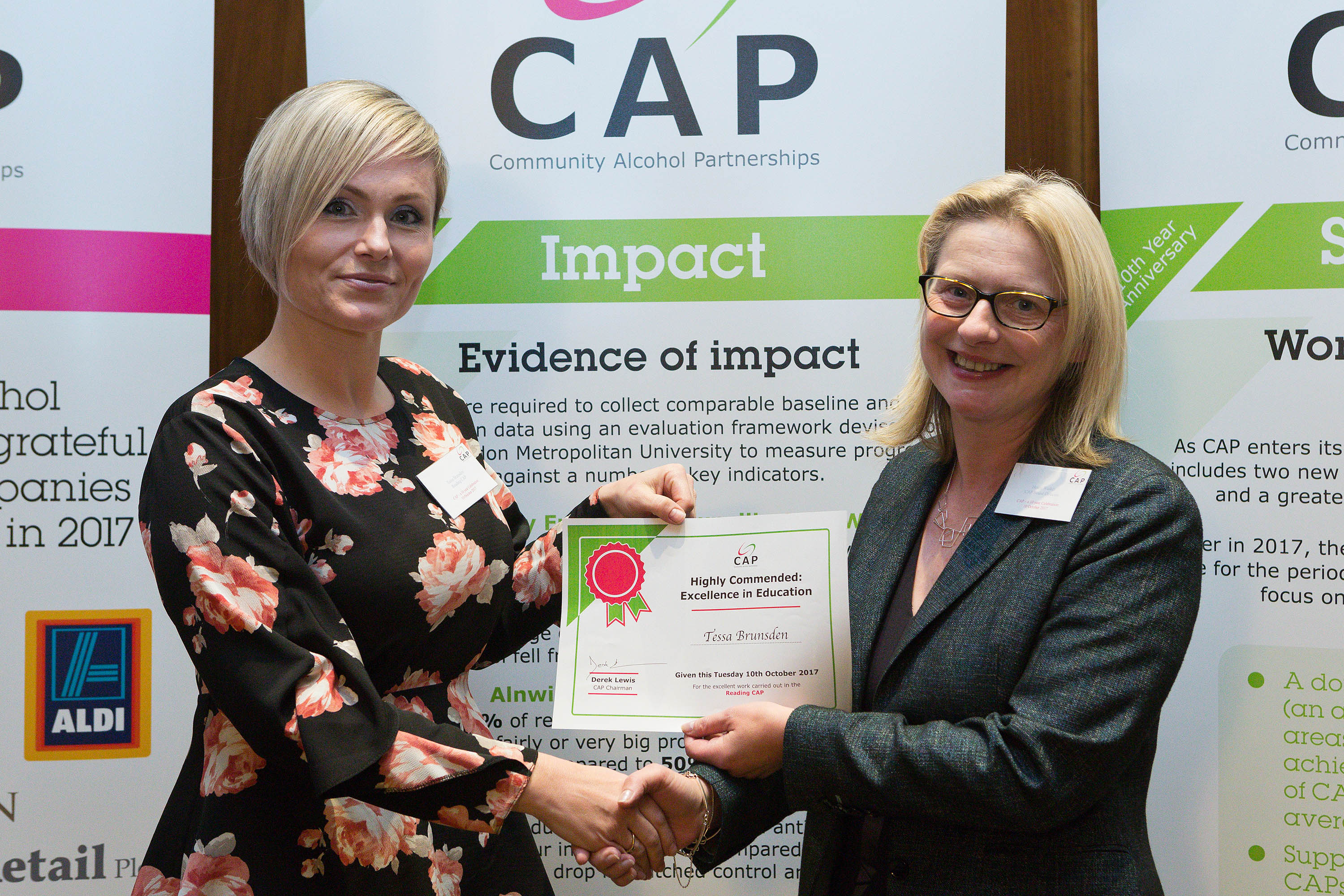 Tessa Brunsden of Reading Borough Council has been highly commended in the national Community Alcohol Partnerships (CAP) Awards for her work tackling underage drinking in the borough.

She was praised for Excellence in Education and received her certificate from Helen Walker, CEO of volunteering charity TimeBank and CAP Board Director, at the Westminster launch of the CAP 2017 Impact Report on October 11.

Helen Walker said: “Tessa is a key member of Reading CAP and is dedicated to reaching out to young people and introducing innovative alcohol education. Her skill lies in getting her students excited about learning, studying in their own time, using their lunches to meet up and encouraging new young people to join the group. As part of CAP’s commitment to provide alternative, alcohol-free activities for young people, Tessa has also introduced Manga drawing workshops, which promote alcohol awareness while giving young people something new and interesting to do in the school holidays. There has been so much tv coverage of this innovative scheme that Tessa is CAP’s latest media star!”