Snodland Community Alcohol Partnership (CAP) has been highly commended for its work in tackling underage drinking and anti-social behaviour in the town.

Alison Finch, Stronger and Safer Communities Manager at Tonbridge and Malling Borough Council and a key member of the CAP, received the award at the Westminster launch of the CAP 2017 Impact Report 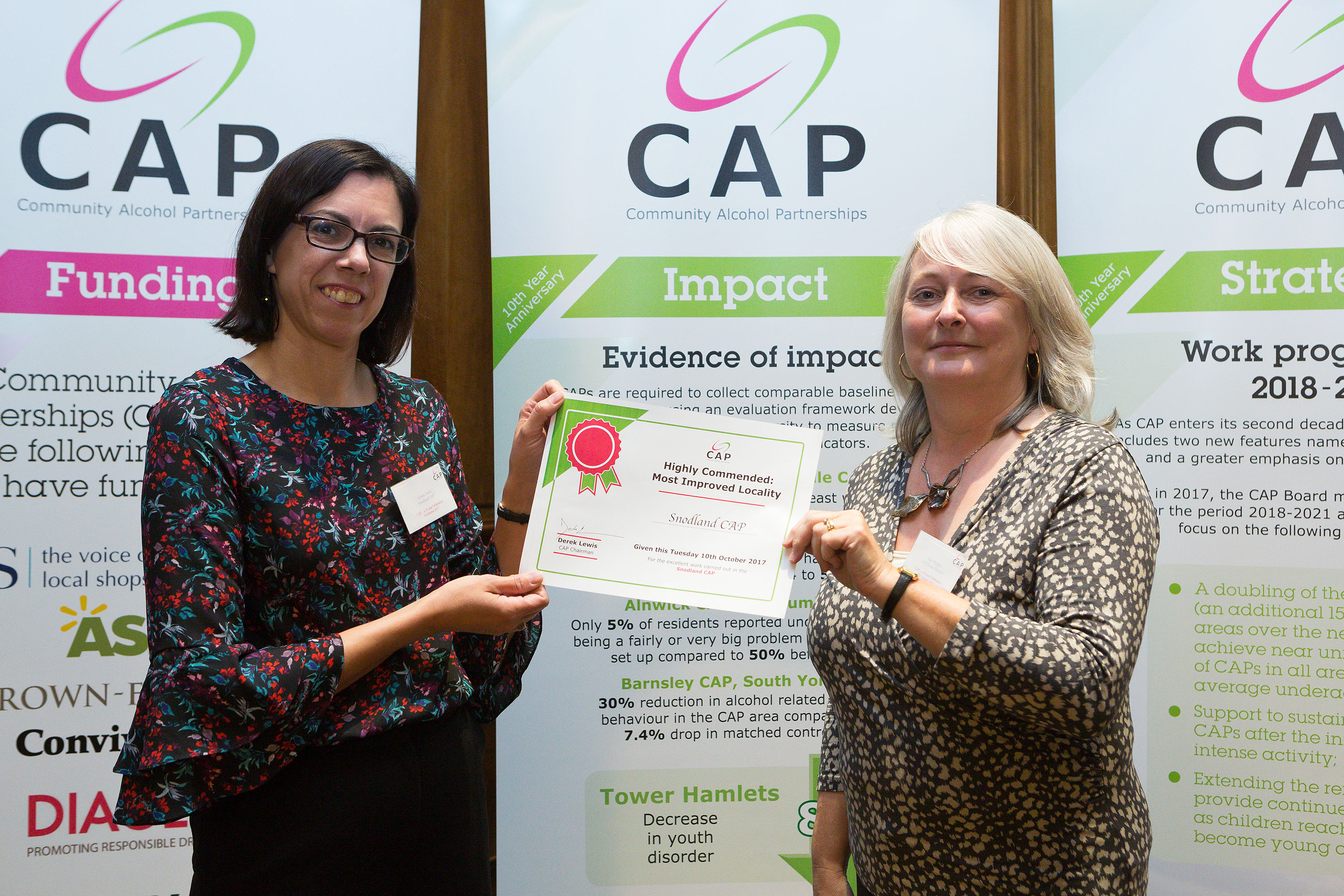 Presenting the highly commended certificate for Most Improved Locality, Susan Morgan, Impact and Quality Manager, Wales Audit Office and CAP Board Director said: “Snodland CAP has been an active partnership since 2012 and truly demonstrates the effectiveness of proactive working. When it began, rates of anti-social behaviour were high for this small area and CAP partners worked hard to reduce underage drinking. However last year saw a sudden increase in reports of young people causing disturbances. The CAP stepped up its work and began to meet more frequently to come up with new actions to stop the problems before they grew.”

Tracey Crouch, MP for Chatham and Aylesford, said: “I’ve visited the Snodland CAP and seen first-hand how successfully it is tackling underage drinking while supporting responsible retailing of alcohol. The CAP has forged great relationships with the community and retailers and partnered with the Co-op to run a series of campaigns to highlight the issue of proxy purchasing – when adults attempt to buy alcohol for youngsters.  Thanks to the CAP rowdy and nuisance gatherings in the area have reduced significantly.”