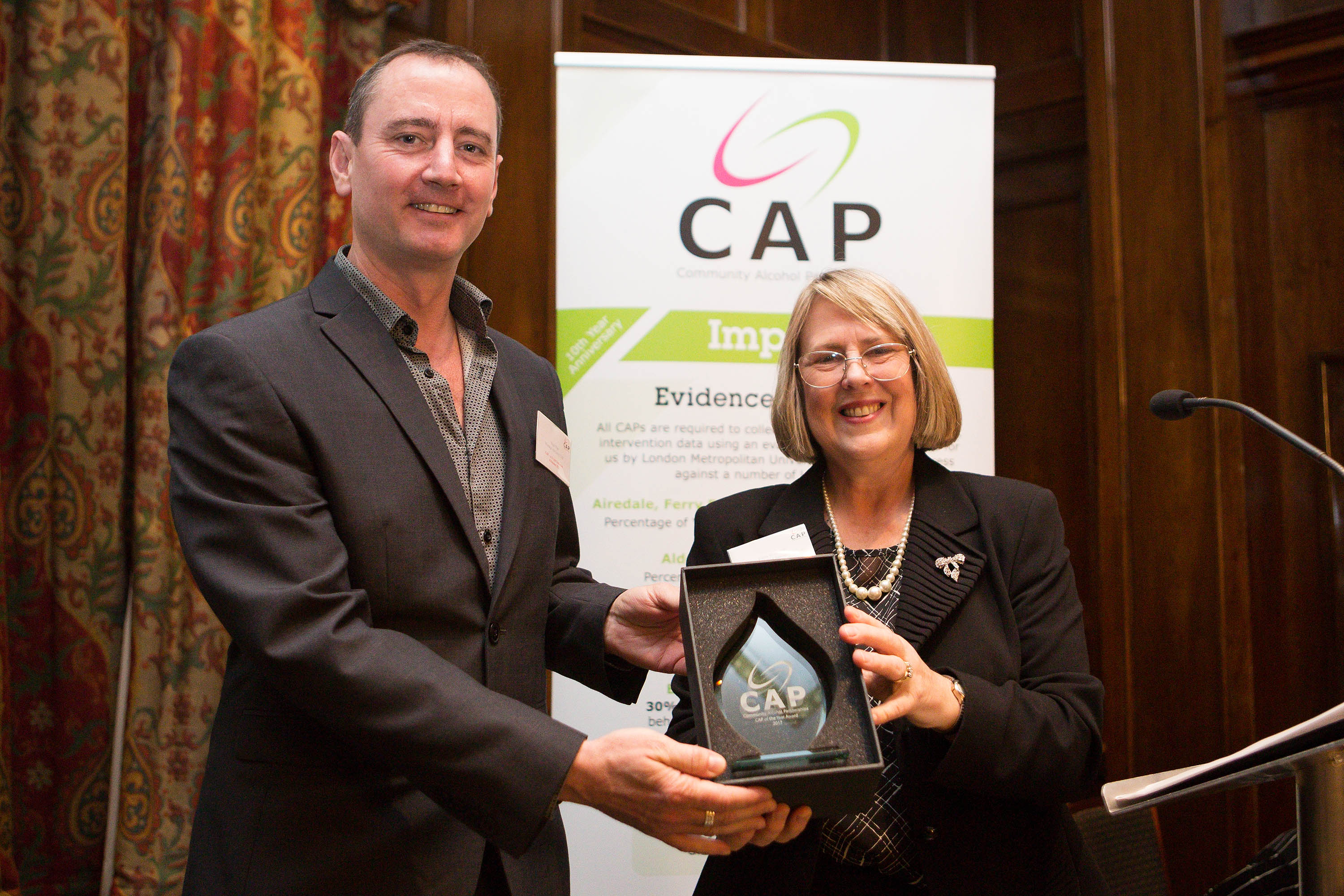 Chair Nigel Watt received the CAP of the Year Award from MP Fiona Bruce, chair of the All Party Parliamentary Group on Alcohol Harm, at the Westminster launch of the CAP 2017 Impact Report on October 11. 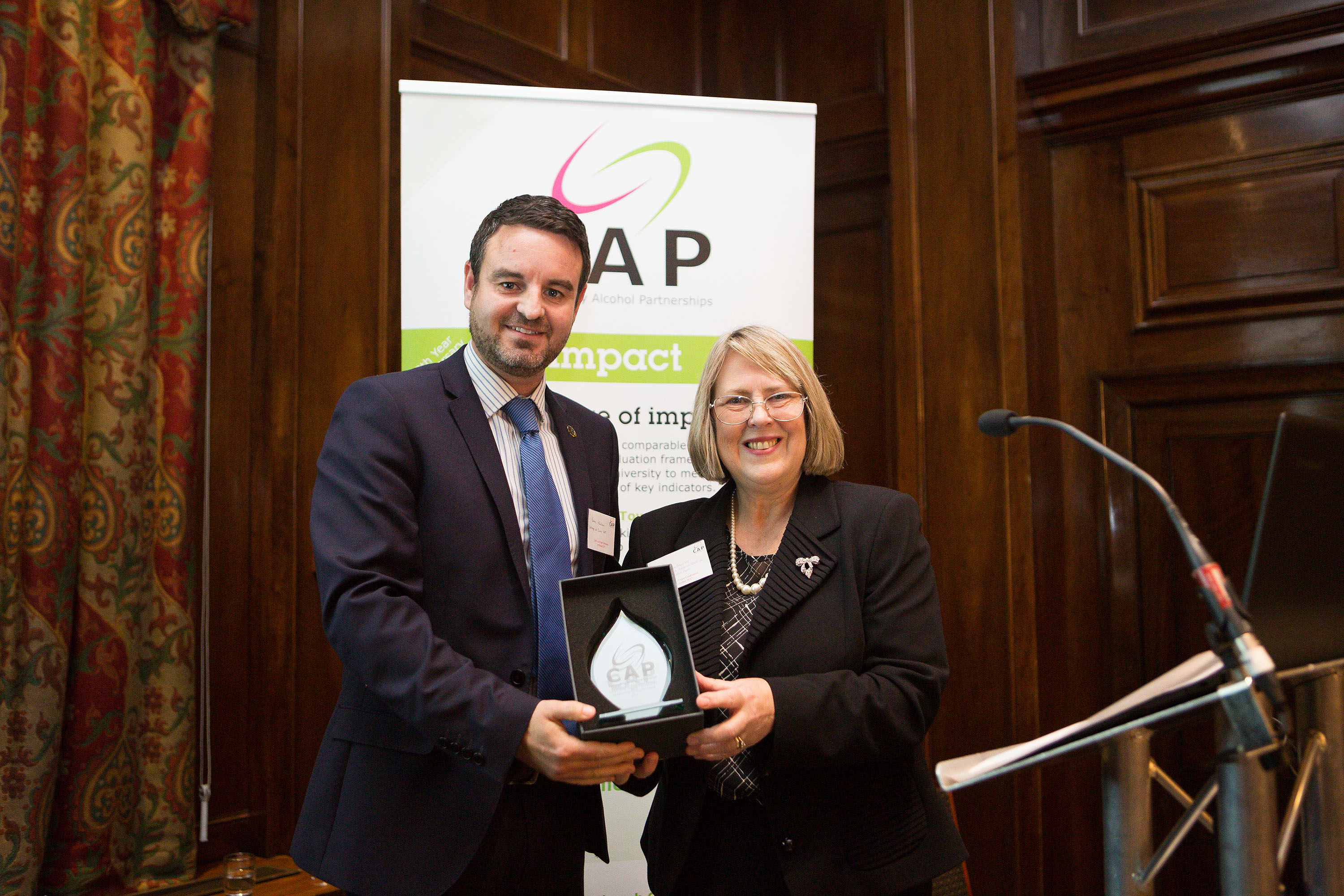 She also presented James Maddern, Head of Engagement and Ethos at King Alfred’s Academy with an individual award for Excellence in Education, while Laura Warner of Thames Valley Police Licencing was highly commended for the outstanding contribution she has made to the CAP’s work.

Fiona Bruce said: “Wantage & Grove truly illustrates CAP’s philosophy of effective partnership working, bringing together a large range of organisations working for the good of their community.  They’ve come up with some innovative ideas, from a school stencil competition to using a former ambulance kitted out with activities and games for young people.  Regular surveys by the CAP show fewer young people drinking and a decrease in problem behaviour, and a large number of licensees say the CAP has helped to reduce the number of young people attempting to buy alcohol.”

Presenting the award to James Maddern she said: “Alcohol education is an integral part of the CAP approach, but it wouldn’t be possible without the involvement and support of local schools. When the Wantage & Grove CAP was launched in 2015 it struggled to engage with pupils – until James Maddern, Head of Engagement and Ethos at King Alfred’s Academy, got involved. James 100% understands and believes in the aims of CAP. He knows the positive impact it has on individual pupils, classes, families, the school and community as a whole.”

Fiona Bruce added: “It is absolutely vital that we protect young people from the devastating effects of alcohol harm. British children are more likely to binge drink or get drunk than children in most other European countries.  This brings serious risks to their health and development and impacts on a wide range of issues, from underperformance at school and later exclusion from the job market, to mental ill health, sexual exploitation, homelessness and imprisonment. I very much welcome CAP’s joined-up, partnership approach to addressing this issue.”