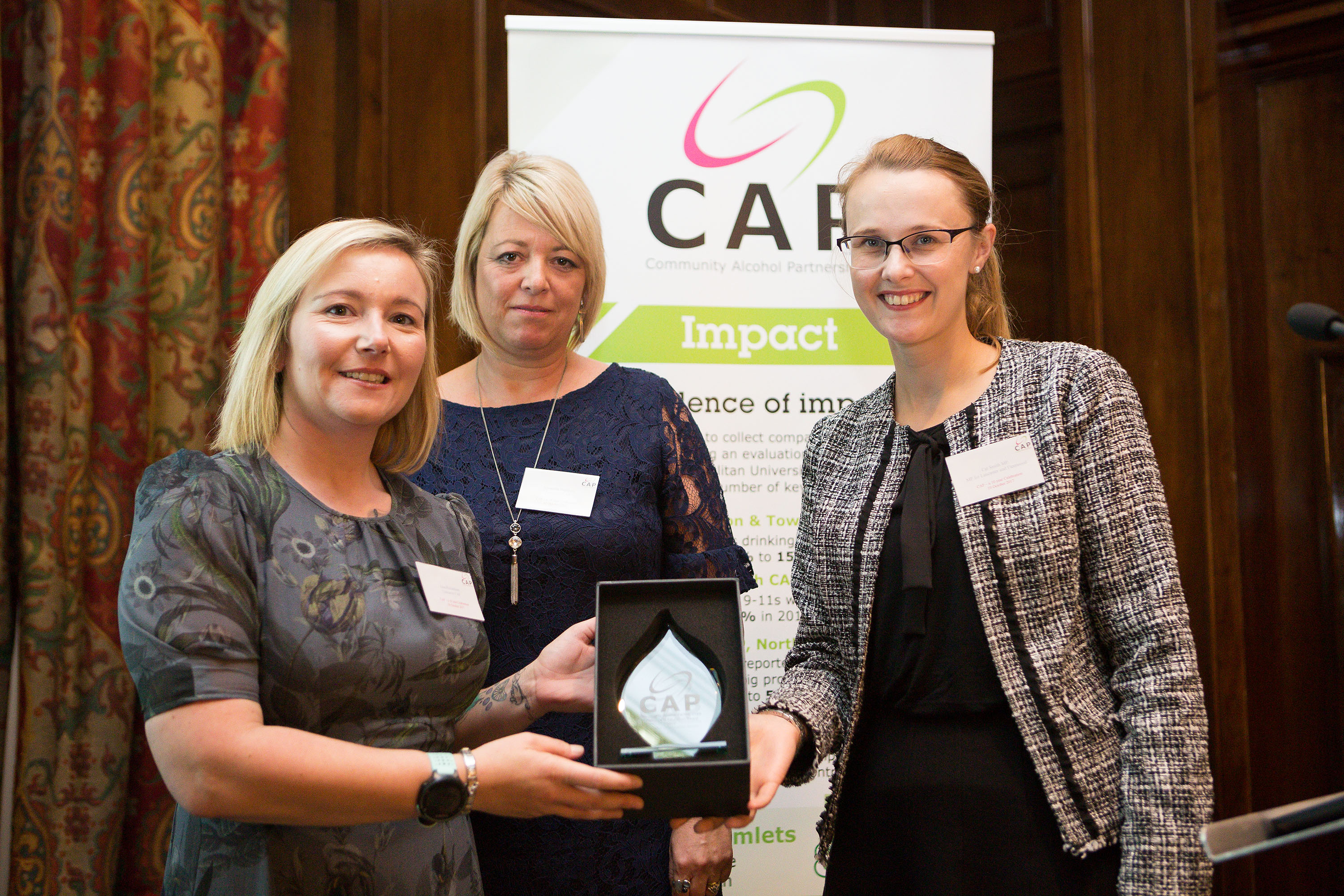 The Lancaster Community Alcohol Partnership (CAP) has won a national award for its work tackling underage drinking in Bulk Ward.

Lisa Richardson, Director of EMUES UK and Samantha Beetham from the Trading Standards Service at Lancashire County Council received the Excellence in Education Award from Cat Smith, MP for Lancaster and Fleetwood, at the Westminster launch of the CAP 2017 Impact Report on October 10.

Cat Smith MP said: “Underage drinking has been a long standing issue in Bulk Ward and many young people in the area live with economic and social restrictions, reducing their life expectations and limiting their aspirations.

I’m delighted to see how the CAP is working with local young people to address some of these limitations and disadvantage. It has introduced an innovative peer-to-peer education, training and mentoring programme where local young people act as 'Young Ambassadors', offering alcohol education to their peers and acting as positive role models. This is a truly ground-breaking approach to alcohol education.”